How Promising is the Mobile Games Market in Southeast Asia? 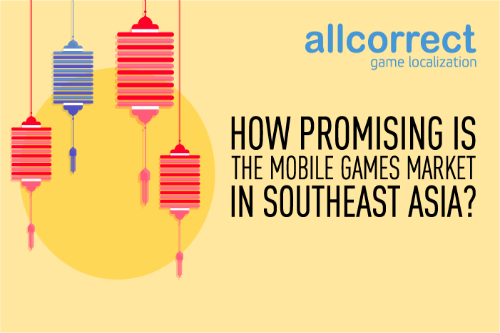 How Promising is the Mobile Games Market in Southeast Asia?

In recent years the Southeast Asian games market has attracted attention of analysts, experts, and developers. In this article we’re going to tell you why.

Southeast Asia is a macroregion that encompasses continental and island areas between China, India, and Australia. It includes 11 countries: Vietnam, Cambodia, Laos, Myanmar, Thailand, and Malaysia in the continental area, and Brunei, East Timor, Indonesia, Singapore, and the Philippines in the island area.

When analyzing the mobile games market, we usually consider the six countries that generate 97% of the revenue: Indonesia, Malaysia, the Philippines, Singapore, Thailand, and Vietnam.

When we analyze the information about these countries, it becomes evident that the market data on mobile games in Southeast Asia varies quite significantly from source to source. This applies to both the number of mobile game users and the profitability of the market.

This is how Statista ranks the countries of Southeast Asia:

And according to Newzoo:

You can find more information about our method for compiling the ranking here.

However, there is one thing these analyses agree on: the largest mobile games market is Indonesia. This region is dominated by Android. Most Indonesians go online from a smartphone and spend quite a lot of time on social networks.

Distinguishing features of smartphone users in these countries

In addition to its fast growth rate, the mobile games market in Southeast Asia is attractive due to its relative ease of entry — the laws of these countries are not as strict as Chinese or South Korean. There are restrictions in Indonesia and Malaysia due to Islamic norms, but we know of no instances of violations of these norms leading to any kinds of sanctions against mobile developers. Moreover, in the Philippines, Malaysia, and Singapore all you really need is English.

Here is a list of languages for localization and some information about them: 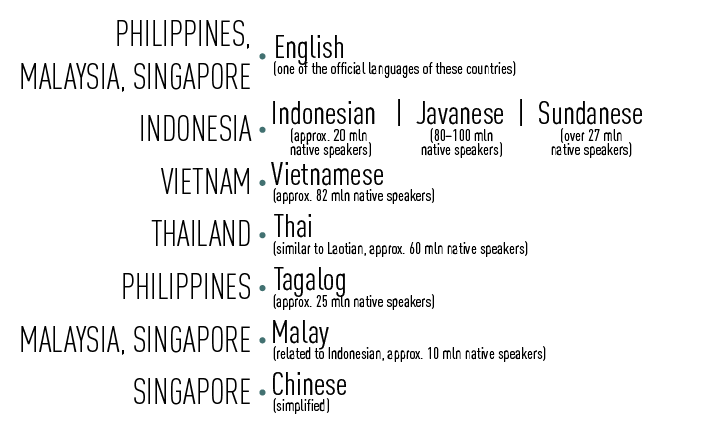 This is why Southeast Asia might be of interest to game developers:

Allcorrect Group is eager to help you localize your application into the languages of these countries. We’d also be glad to answer your questions about launching in other markets.