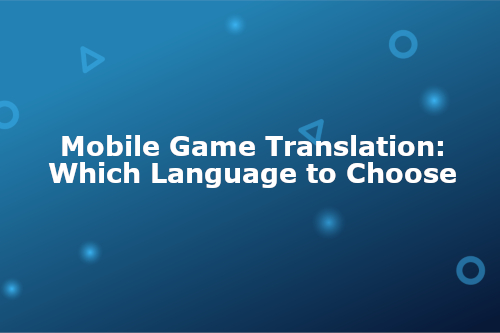 At some point, successful game developers realize that they have room to grow, and the most obvious direction would be launching their game in new markets. Often, publishing a game in different countries is simply a matter of checking a few boxes before placing it in the application store. However, few gamers are willing to download a game they can’t understand, especially when we’re talking about a game with a meaningful plot. This leads to the questions: Which language should they translate their mobile game into and how best to go about it?

The most popular game localization languages are FIGS (French, Italian, German, and Spanish) and CJK (Chinese, Japanese, and Korean). Between them, they cover more than 30% of the global population. 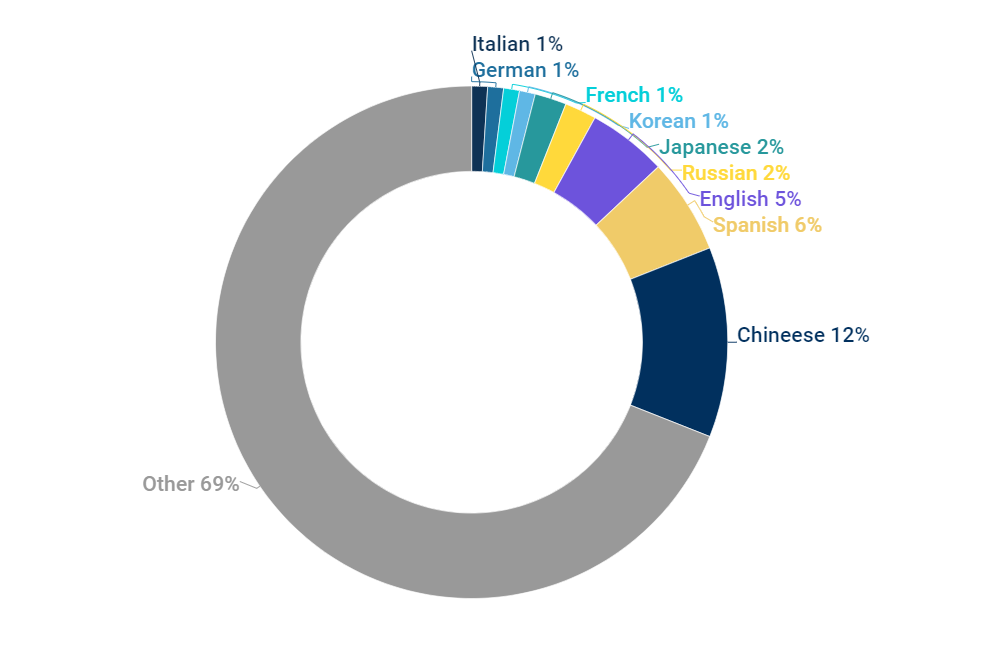 How to Translate a Game

If original language of the game is other than English, then translating it into this global language is a matter of priority. We don’t recommend you skimping and trying to translate the text yourself or asking a friend who used to study the language to do it. You may find the results to be unpredictable.

Usually, English is the starting point for translation into other languages, so it’s important to avoid critical errors.

Professional localizers are responsible for the quality of the final text, they ensure terminology consistency and will even help you select the most promising markets for your release.

Games are translated not only (or even “usually not”) out of love for art, but mostly to boost revenue. That is why it’s necessary to go to countries with a decent number of players who can also be payers.

We have compiled a market rating that illustrates which countries are better for publishing Android and iOS games. According to the data from 2018, it looks like this:

We would like to note that this refers not just to the countries themselves, but to the language markets. For example, translating into Russian will attract players from Russia and many areas of the former Soviet Union.

It’s an interesting fact that Simplified Chinese has considerably overtaken English. China has a huge number of mobile gamers and wide access to gadgets, not to mention its players are willing and able to pay for content. Publishing a game in this promising market, however, is rather complicated due to the absence of a centralized Android store and the country’s substantial legislative restrictions.

When choosing a market, the population’s purchasing power should always be considered. It’s worth your while to focus on the difference between ARPU (average revenue per user) and CPI (cost per install).

The country’s degree of English proficiency is also an important factor. If you’ve made a really awesome game, the Dutch will happily play it in English, although they would undoubtedly appreciate a translation made just for them. Meanwhile, Turkish people won’t make it past the tutorial since less than half the population speaks English.

Simply having a localization also has an effect on players. Europeans are mostly not into writing angry comments that demand the developer add a certain language, while the more spirited Arabs and Russians have no problem leaving one-star ratings due to no translation.

Localizers will, on occasion, advise the developer to change certain aspects of the game along with the text, as players in different areas could perceive them in different ways. Culturalization can be reactive or proactive. In the first instance, we remove all the elements that might alienate players or hinder the release (for example, eating pork stew to recover health in Muslim countries or gambling in China). In the second instance, we add items that make the gaming experience more enjoyable for the player. Some developers even alter their graphics to suit the users’ tastes.

The residents of many countries have a common cultural code. For example, you could use the game adaptations for Iran releasing your game in Malaysia, the UAE and other Muslim countries. If you have already done some work in culturalization, then it’s worth considering localizing for culturally similar markets.

We have collected more information about adapting games for release in various countries and have published it in the Allcorrect Culturalization Guide.

What to Consider Before Choosing a Language

Let’s recap what you should consider before localizing your game into a particular language:

● Number of people that speak it

● ARPU and CPI in the target countries

● Degree of English language proficiency within the population

● Legislative obstacles to entering the market

● Popularity of the genre in the selected locale

The localizer’s standard set typically consists of the primary European languages, or EFIGS (English, French, Italian, German, and Spanish), and the main Asian languages (Chinese, Korean, and Japanese). If you are not looking to experiment by determining whether you can recoup your investments on Afrikaans localization and game promotion in South Africa, then it’s best to stick with the standard template.

Localization survival kit: Which Languages Should I Localize My Game Into and how to Choose a Proper Ones for My Game?