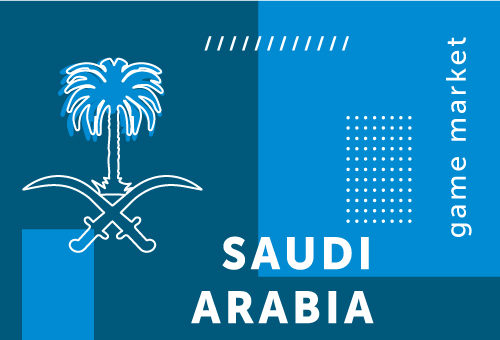 Saudi Arabia (official name: Kingdom of Saudi Arabia; capital: Riyadh) is the largest country on the Arabian Peninsula. Its economy is dominated by petroleum and corresponding industries.

The Saudi culture is inextricably linked to the teachings of Islam, which is why depictions of alcohol, pork, and women not wearing a hijab are considered taboo. These are important factors to account for when planning to release projects in the country.

Google Play and Apple Store are available in every region of the country. However, due to its explicit censorship laws, failure to account for the specifics of Saudi Arabia may result in your application getting blocked there. 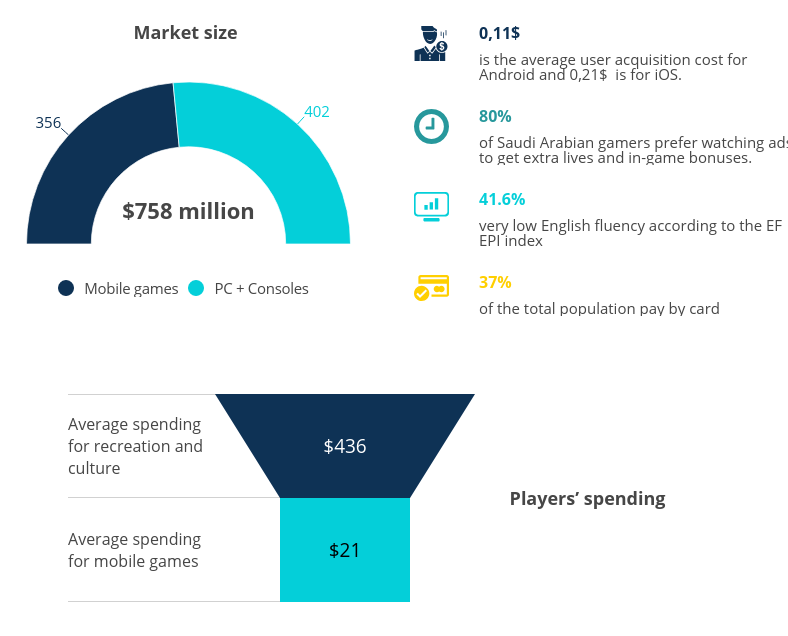 According to the research conducted by AdColony and onDevice Research, 77% of gamers in Saudi Arabia prefer playing at home. An average Saudi gamer spends between 10 and 20 minutes on this activity per day. 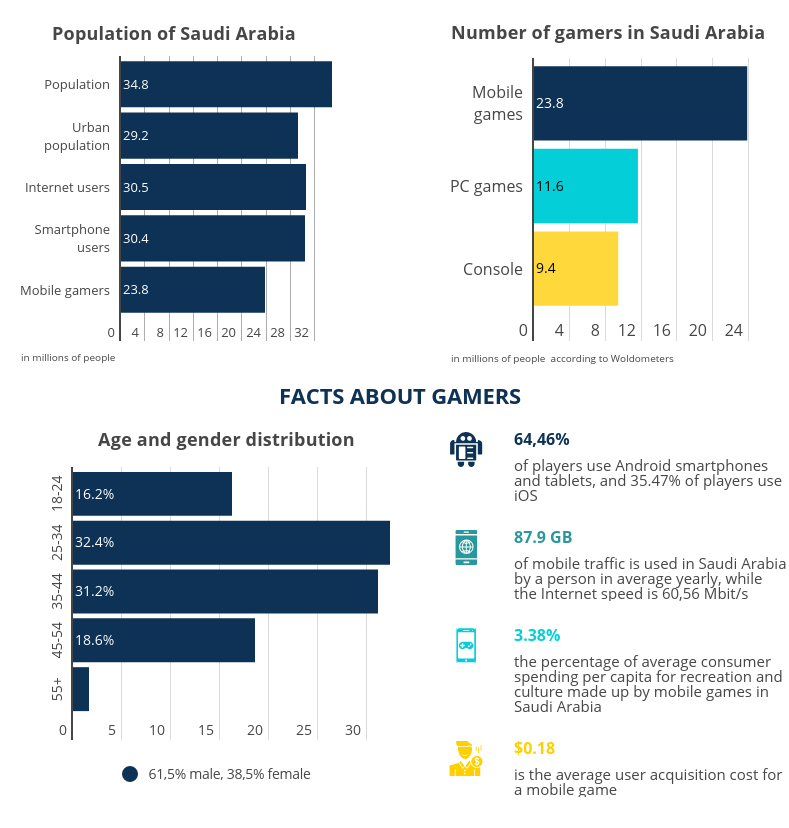 Cash is the most common payment method in Saudi Arabia (46%), while approximately 37% of the total population pay by card (Worldometers).

In September of last year, Pocket Gamer reported that the ARPPU in Saudi Arabia equated to $270. This is an extraordinary statistic even if you take into account the fact that the country’s GDP per capita is well above average. 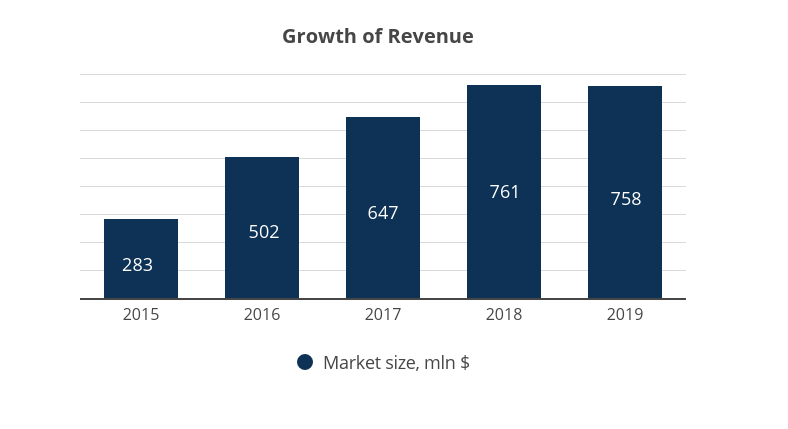 The Saudi Arabian domestic games market is still at its infant stage of development, and there are no offices of large international game companies. This is most likely due to the fact that Saudi Arabia is a fairly closed country and the barriers to start a business are significantly lower in the neighboring regions.

Semaphore is the most notable and well-known game developer in Saudi Arabia. They even develop games for PlayStation 4.