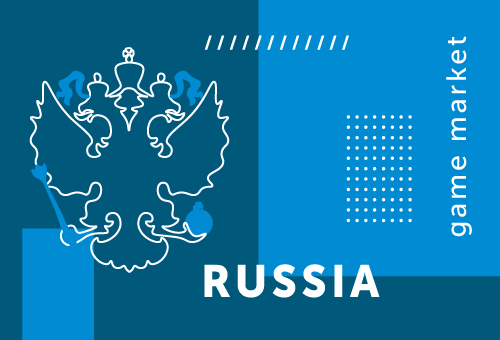 The Russian games market continues to remain geared towards the PC as the primary platform. With the exception of 2017 when the throne was briefly usurped by the mobile games market, PC games have been enjoying their supreme reign over the Russian market since way back in 2006, according to our data.

Newzoo reports that the volume of the Russian games market in 2019 reached a new milestone of 2 billion US dollars (Superdata had actually forecast these figures to reach as high as USD 2.7 bln). On the other hand, Newzoo statistics also suggest that the Russian mobile games market either remains stable or is declining. Perhaps this can be explained by the fact that smartphone sales haven’t been increasing at all in Russia — everyone who had been planning on buying themselves a fancy gadget has already done so. The major share of the PC segment profits comes from the so-called nominally free-to-play releases with World of Tanks leading the charge. 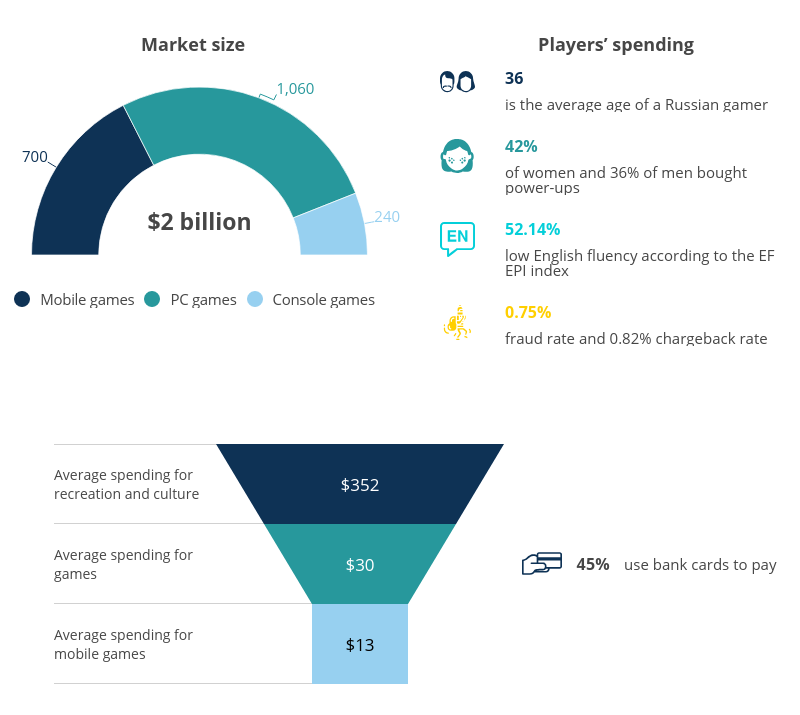 This year we didn’t just prepare an analysis of the state of the market in 2019, but we also pieced together a forecast for 2020. According to the data we have compiled, the crises have had a fairly strong impact on the Russian games market, primarily because of the depreciation of the ruble. As a rule, the volume of the market eventually bounces back to the previous year’s figure, marginally compensating for the decline. 2009 saw a boom in social gaming, while in 2013 the mobile game segment experienced substantial growth. Both of these factors combined compensated partially for the depreciation of Russia’s national currency.

Are there any growth factors to consider for the Russian games market in 2020?

First of all, there is always the probability of a successful launch of several new titles, but the market’s main recovery anchor this time lies in the boom of hypercasual mobile games. Considering the insubstantial average spending figures on games, the ad monetization model of hypercasual projects, and the expected decline in personal income, it is extremely unlikely that mobile games will become the main driving force of the Russian market in 2020. Moreover, analysts do not foresee a busier release schedule for hypercasual projects in Russia, which is different to Germany and other countries.

Taking all these factors into account, we believe that the volume of the Russian games market in 2020 will equate to approximately USD 1.6 bln. 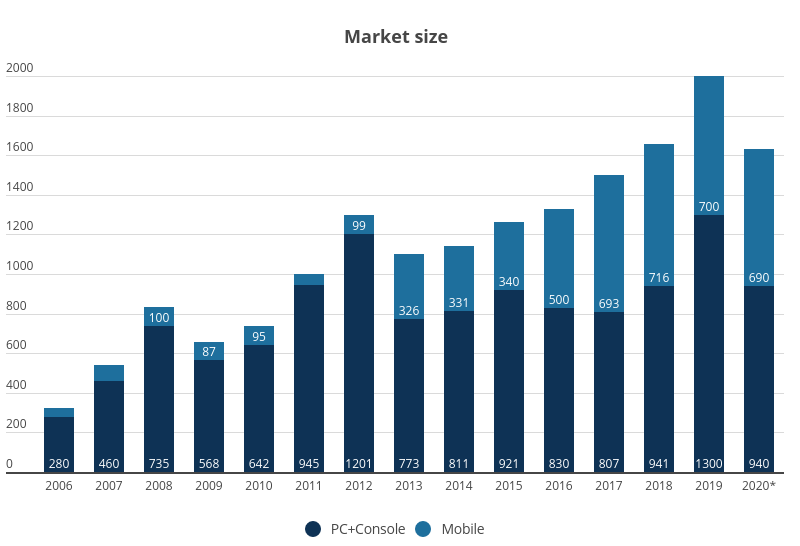 The opinions of analytical companies Newzoo and Superdata differ not only in their estimations of the Russian games market volume but also in their analyses of the players’ habits. Newzoo attests that out of 66 million gamers, 60% are men and 40%, women. The Superdata report, on the other hand, suggests that these figures are at 52% and 48% respectively. The median age of a Russian player is 36 years old (Newzoo), while the average age is 37 years. According to Yandex.Money and Newzoo, 45% of the players pay for games by card. Superdata claims that 26% of the players use the ubiquitous in Europe and the US PayPal, as well as local online payment systems such as Yandex.Money, WebMoney, and Qiwi Wallet, or pay with cash through specially designated terminals and kiosks. Moreover, the percentage ratio of the amount Russian players spend on games to how much they spend on cultural entertainment is equal to that in European countries. 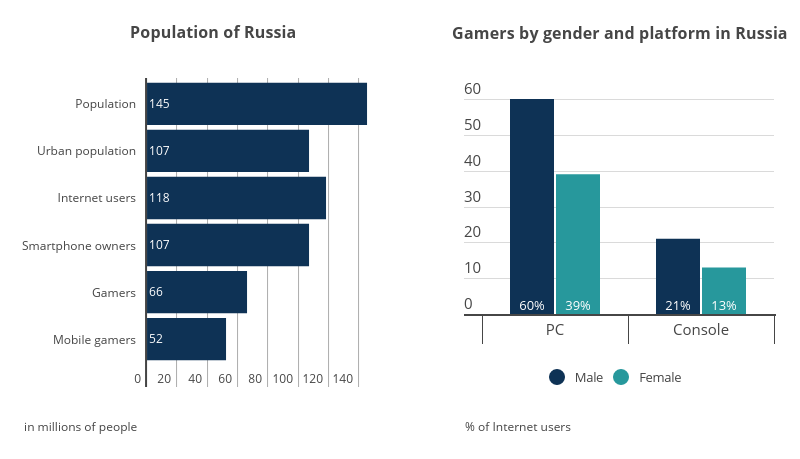 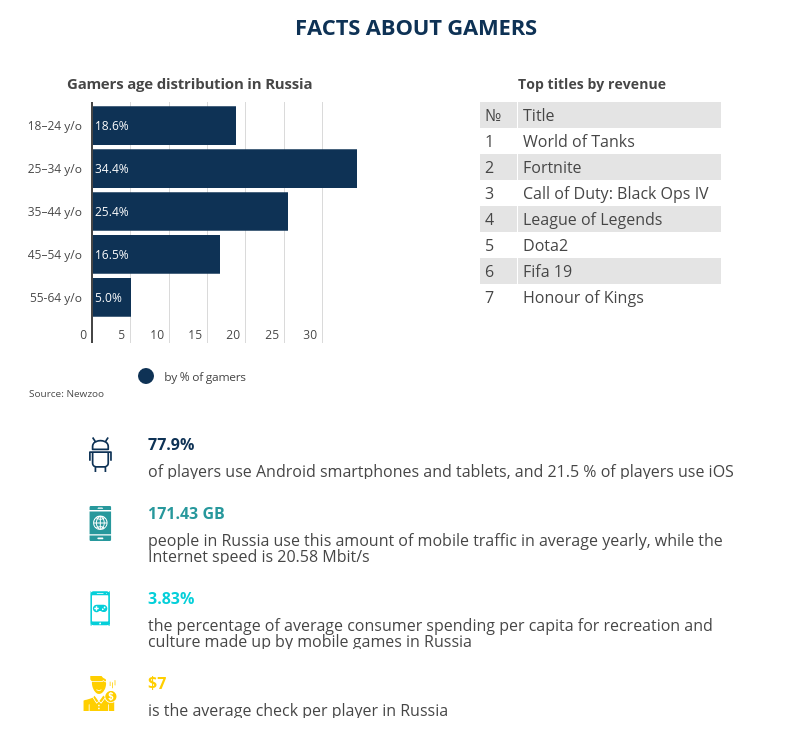 Among the top developers making a profit in the Russian market, there are companies from a wide range of countries such as China, Israel, Finland, Lithuania, and Turkey. Among the Russian developers that rank in the top ten is Playrix (the company’s head office is located in Ireland, but production is based in Russia).

CULTURALIZATION FOR THE RUSSIAN POPULATION

The Russian language is based on Russia-specific vocabulary. Many of the borrowed words have Greek, Turkic, and later Dutch, French, German, and English origins. Variable stress is a distinctive feature of the Russian language. The writing system is basedon the Cyrillic alphabet.