The Gaming Market in Spain

A member of the European Union and NATO, Spain occupies most (80%) of the Iberian Peninsula, as well as the Canary Islands and Balearic Islands. The total area of Spain is 504,782 km², making it the fourth-largest country in Europe (after Russia, Ukraine, and France). It borders France, Andorra, and Portugal. The territory of Spain is divided into 17 autonomous communities and 2 autonomous cities. The capital is Madrid.

The official language is Spanish.

The gaming market in Spain is experiencing continued growth. According to the Spanish Video Game Association (AEVI), in 2021 the revenue of the gaming sector in Spain was 1,795 million euros (1,924 million USD), a 2.8% increase on the previous year. 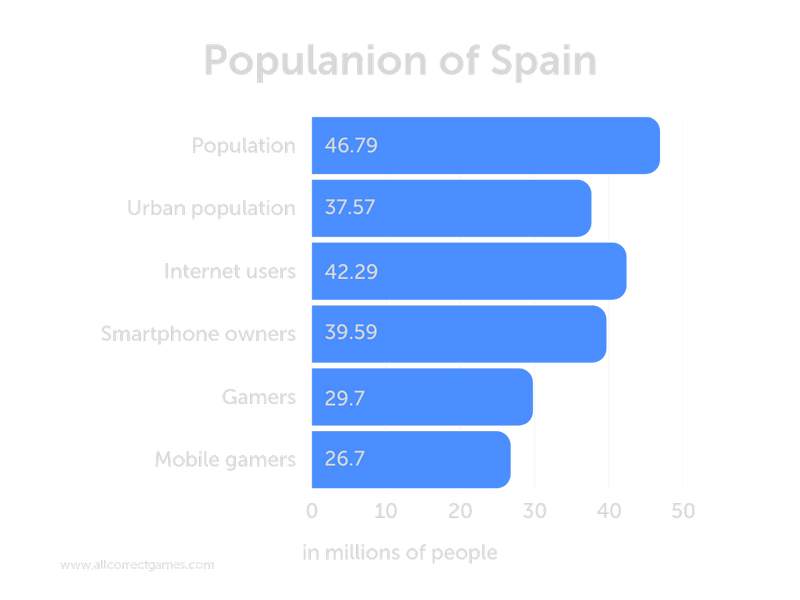 Sales data for this year attests to a marked expansion of the physical market, which is now worth 882 million euros (945 million USD). This is largely the result of the relaxation of COVID-19 public health measures, which has led to stores reopening. Other factors include the sale of consoles such as the Nintendo Switch and the appearance of the new-generation PS5 and Xbox Series X|S. 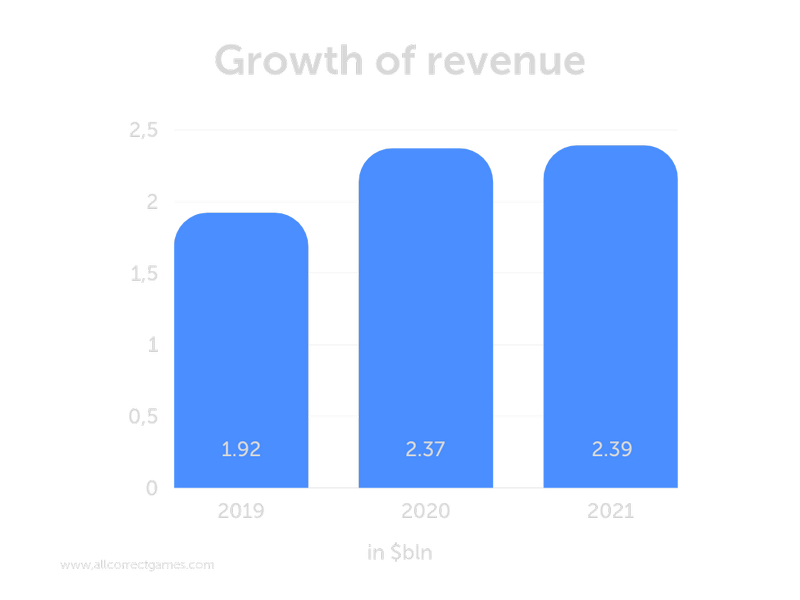 Digital sales are now worth 913 million euros (978 million USD), a 4.59% reduction, although this is still an increase on their pre-pandemic value.

Over the year, 6.9 million video games, a million games consoles, and 3.5 million accessories were sold. 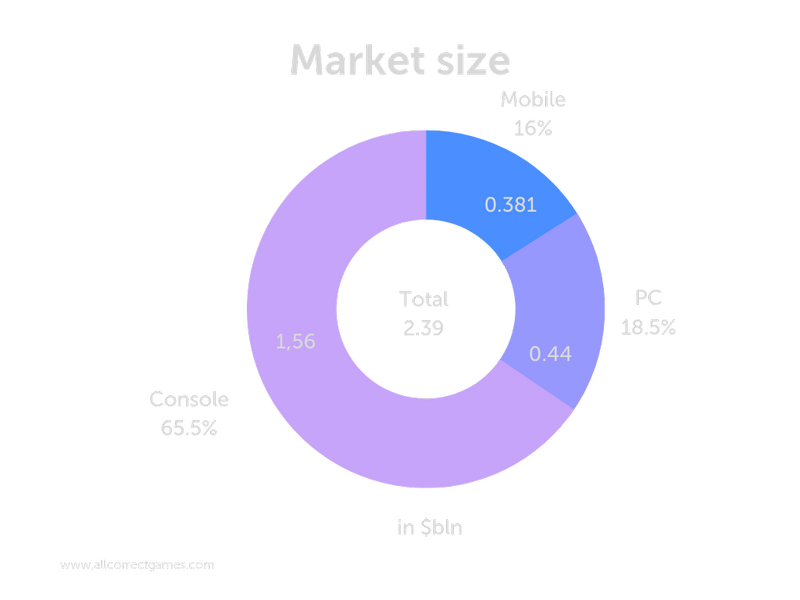 The eSports revenue in Spain grew by 26% in 2021 to reach 34 million euros (37 million USD). The sector employs 820 people, of whom 240 are professional gamers. Digital channels and streaming services are the fastest-growing revenue sources in eSports, increasing by 27.2% and 24.8% respectively.

The state considers the sector to have potential and provides financial support for the development of digital technologies. The Spain Audiovisual Hub, a non-profit governmental organization, has announced that up to 8 million euros is to be earmarked for the promotion of the sector in Spain. 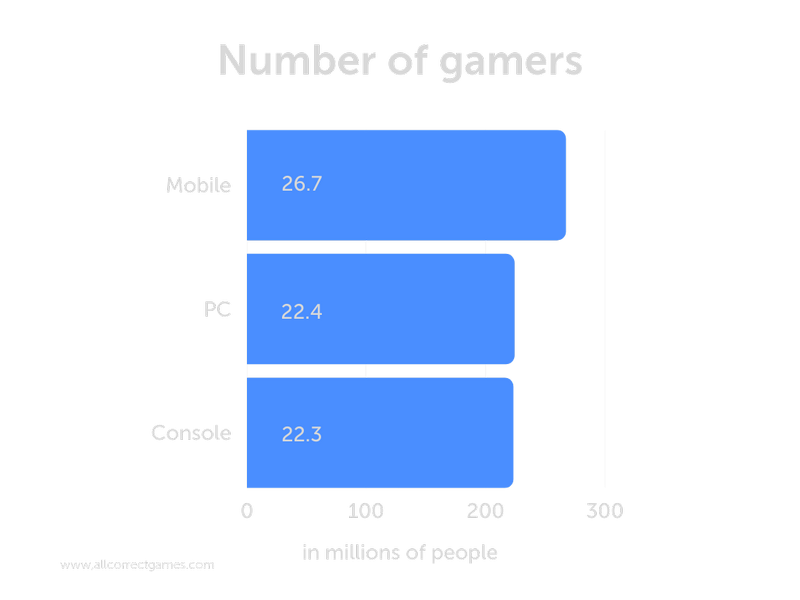 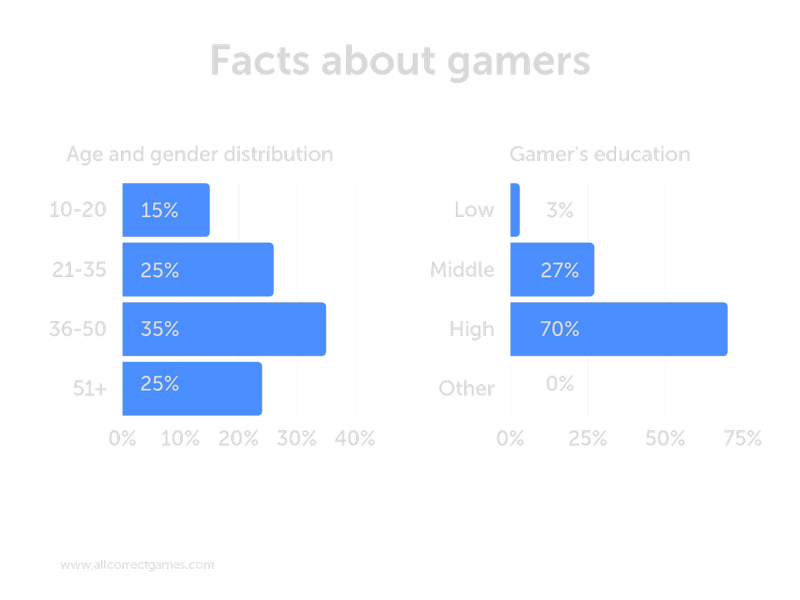 According to the AEVI, 18.1 million people in Spain spend more than 8 hours a week playing games. 73.3% of all Spanish gamers say that they play at least once a week, 13.3% play every month, and 6.6% play almost every day. 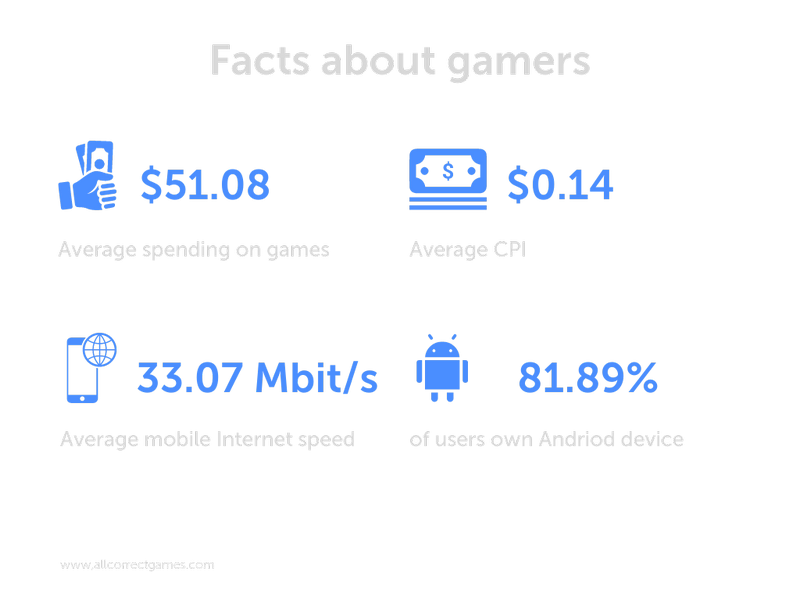 The most-used devices for gaming are consoles and mobile devices. 25% of all gamers use a console as their main device, while 19% use a smartphone. Next come PCs, with 16%, followed by tablets, with 10%, and handheld consoles, with 8%. It is worth noting that Spanish gamers are not set in their ways, and prefer to play on various devices. 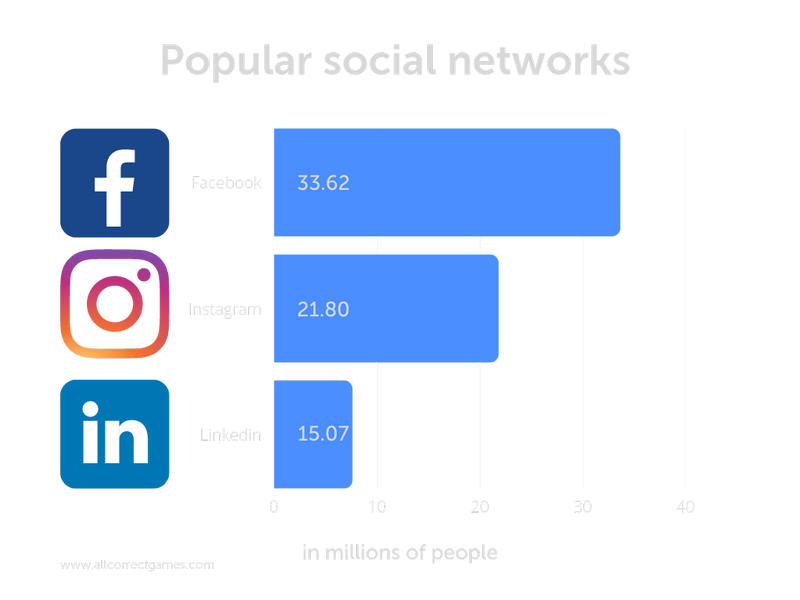 The Spanish or Castilian language is an Ibero-Romance language that developed in the medieval kingdom of Castile, which included the modern area of the Burgos province and the autonomous regions of La Rioja and Cantabria. It spread widely throughout other regions of the world (primarily South and Central America) during the Age of Discovery.

Spanish is an Indo-European language (Romance group, Ibero-Romance sub-group). It is written using the Latin alphabet.

With 470 native speakers it is the third most widespread native language in the world (after Chinese and Hindi) and the most widespread Romance language. According to various evaluations, up to 548 million people can make themselves understood in Spanish, including those for whom it is a second language and those who learn it as a foreign language (20 million people). The most populous Spanish-speaking country is Mexico (over 120 million residents), and the country with the largest area is Argentina. 9/10 of native Spanish speakers currently live in the Southern Hemisphere.

In both Spain and Latin America Spanish is also called “Castilian” after the region in which it developed. This term is used to keep it distinct from Spain’s other languages. This division is quite popular among the populations of countries of the Southern Cone and speakers of Catalan, Galician, Basque, and other languages spoken in Spain.

Many linguists believe that the term “Castilian” should only refer to the language that was spoken in Castile in the Middle Ages. However, others do not agree with them and suggest that the term “Spanish language” should not be used at all because it implies that Spanish is Spain’s only language and that Catalan, Galician, Basque, Aranese, Aragonese, and Asturian are not Spanish languages.

Spaniards typically call their language “Spanish” when it is mentioned among other foreign languages and “Castilian” when it is mentioned among other Spanish languages. Both terms are used in the rest of the Spanish-speaking world. “Spanish” is more common in Colombia, Panama, Nicaragua, El Salvador, Cost Rica, Guatemala, Honduras, Mexico, the US, the Dominican Republic, and Venezuela (primarily in North and Central America), and “Castilian” is more common in Cuba, Ecuador, Peru, Bolivia, Paraguay, Chili, Argentina, and Uruguay.

Translating written texts from Spanish allows the translator freer use of a dictionary, whereas this is not possible when interpreting spoken Spanish, and more extensive knowledge is also required. When working in a specialized field it is necessary to study terminology more closely. Fortunately, given that Spanish-English translation is quite widespread, finding the appropriate literature does not present a problem.

A significant feature of Spanish is its large lexicon of words borrowed from Greek and Latin or based on such words. Loan words are widespread in oratory and journalism. The reason for this lies in the stylistic peculiarities of Spanish—it features extensive use of references to history, meaningful events from antiquity or the Middle Ages, and comparisons to literary narratives. A good translator should have extensive knowledge of a large number of disciplines. Familiarity with the Larousse dictionary, which includes Latin loan words, is worthwhile.

Certain English and Spanish words are written similarly but have different meanings. A good example would be the Spanish word “titulo.” This word is frequently used to mean “right,” “quality,” or “achievement,” i.e. it refers to the positive consequences of possessing a title, but not the title itself.

Spanish morphology is remarkable for its simplicity, which makes translating it significantly easier. The greatest challenge comes from syntax—it is necessary to know all constructions, including archaic ones. An error frequently made by inexperienced translators involves applying negation primarily to verbs (or, to be exact, to the entire sentence). Failing to recognize this syntactic feature can cause the entire sentence to lose its meaning.