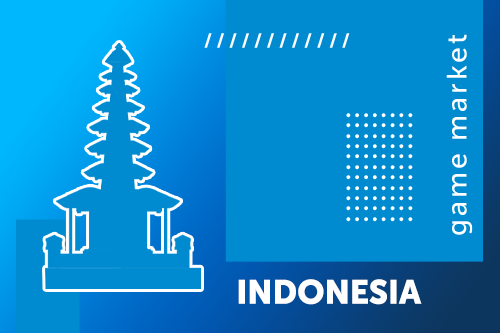 Indonesia (officially the Republic of Indonesia) is a country in Southeast Asia. According to official reports, its population in 2020 was 270,203,917. The area is 1,919,440 km². The country is the largest in the region by both statistics. It is the fourth most populous country in the world and the fourteenth largest by area.

The capital is Jakarta and the state language is Indonesian.

The country is split into 34 provinces, of which five have special status.

Indonesia is located on the islands of the Malay Archipelago and the western half of the island of New Guinea. It is surrounded by the Pacific and Indian Oceans and is the largest island country in the world.

Indonesia is known for its significant ethnocultural diversity. Around 88% of the population follows Islam, which makes Indonesia the country with the largest Muslim population in the World.

The gaming market in Indonesia is the 16th largest in the world and the largest in Southeast Asia. At the end of 2021, sales accounted for 1.92 billion USD. 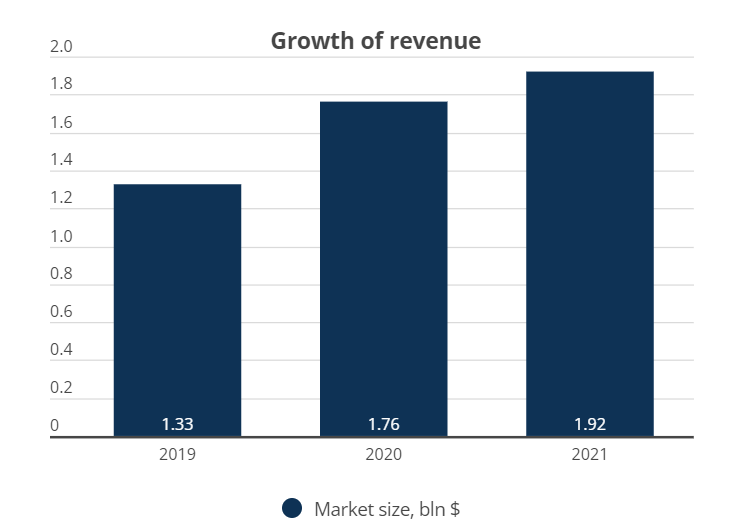 Growing Possibilities in the eSports Industry

The eSports sector in Southeast Asia is developing mainly on account of Indonesia, as 43% of the total number of players in the region are located in Indonesia.

The Indonesian government attests that eSports will have a positive impact on the country’s economy and athletic performance. Aside from providing training, the government has begun developing laws to foster the development of eSports, including licensing and other requirements. The government also sponsors eSports events and competitions.

The decision was made that the Ministry would continue increasing public awareness of eSports, which have values and principles comparable to those found in traditional types of sports.

Telkom, an Indonesian telecom company, has noted that only 0.4% of the country’s market goes to games made by local developers. A lack of investment and professionals means that the number of local gaming companies is not growing.

The Indonesian government has recognized the video-game industry as one of the most promising sectors for attracting foreign investments. 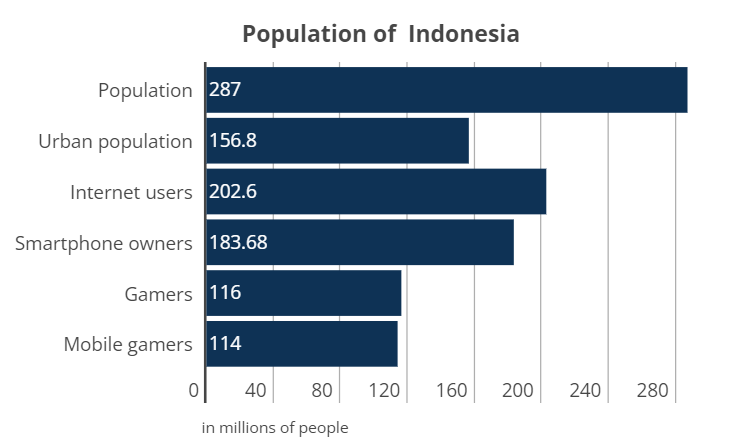 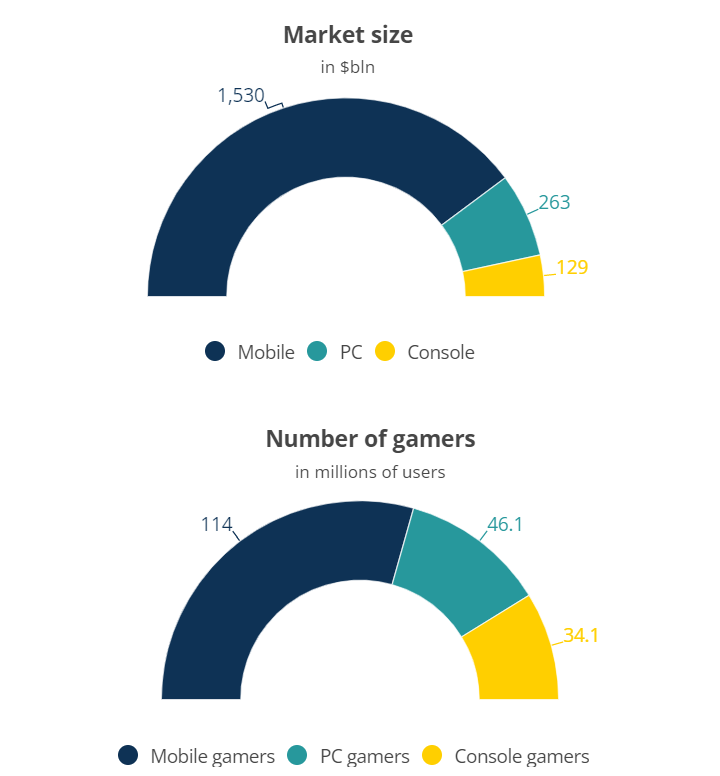 Indonesia is a country focused on mobile devices. The majority of gamers do not have a PC or console. For the most part, they are Android users.

According to a report by Limelight Networks, Indonesians spend around 8.54 hours per week gaming, which is slightly higher than the average (8.45 hours per week). Indonesia ranks fourth in this statistic, behind China, Vietnam, and India.

Mobile games will most likely continue to dominate the Indonesian gaming market, due to the increased number of smartphones and internet users.

79% of Indonesians consider themselves to be gamers. Almost half of users play every day, and 1/5th play from 4 to 6 times a week, spending on average 30 to 60 minutes playing each time.

In Indonesia, the LINE app is used for hyper-casual gaming and messaging. Before COVID-19, internet cafes were a large part of the country’s internet culture, and eSports matches were held there. 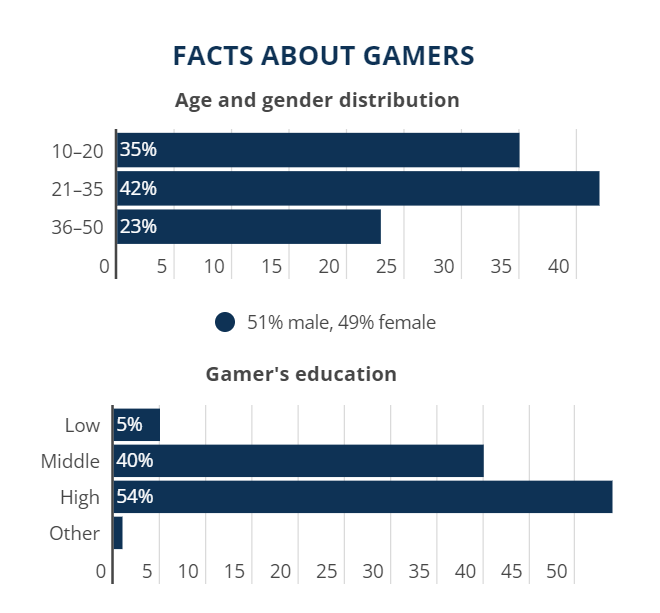 According to Newzoo, less than 15% of Indonesians understand English. The country’s official language – Indonesian – is spoken by 60% of the adult population. Indonesian is very similar to Malay (practically they are two versions of a single language). Its writing system uses the Latin alphabet, which simplifies working with fonts.

Despite the fact that Indonesia’s official language is Indonesian, almost half of the population use Javanese in their daily life – it is spoken by more than 75 million people and is used on the radio and as the language of instruction in some schools.

Sundanese is also widely spoken on Java and is used by more than 27 million people on the island (almost 15% of Indonesia’s population). Some newspapers and other literature are published in Sundanese.

The majority of Indonesians are Muslims, and this should be taken into account when entering the market.

As in many other countries, in Indonesia players readily share examples of poor translation.

The Gaming Market in Spain