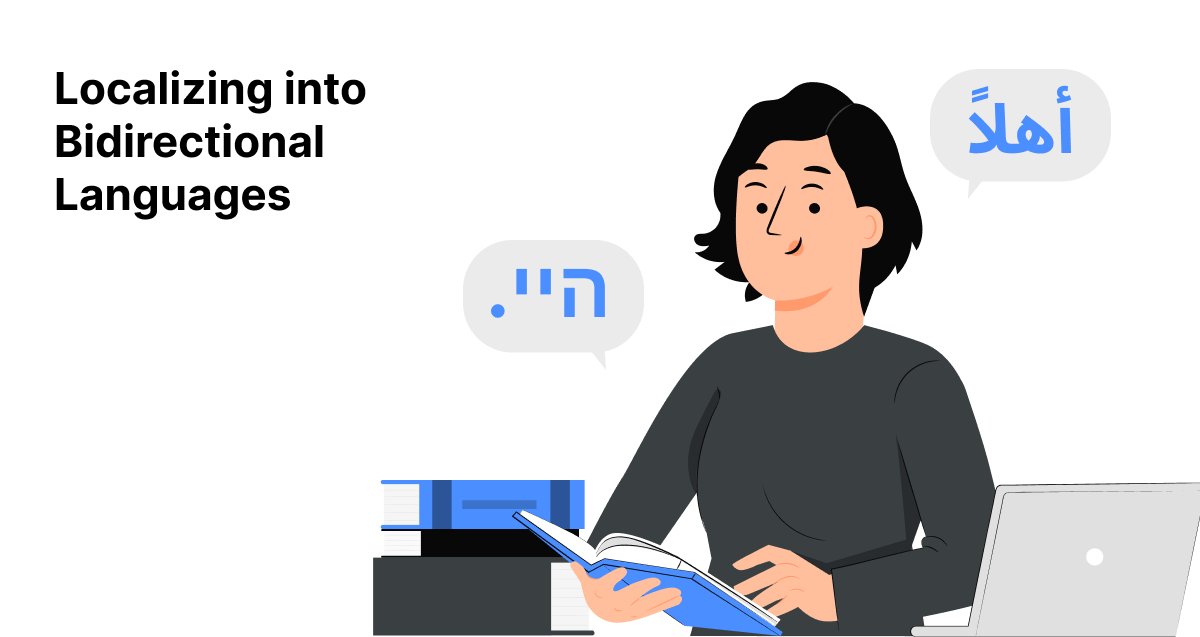 Hebrew, Arabic, Thaana, and certain other Middle Eastern and Asian languages are bidirectional: they can be written both right to left and left to right.

If you’d like to localize a game into one of these languages, there are several things to keep in mind during development. Let’s go over them, taking Arabic and Hebrew as examples.

1) Script directionality and letter combinations
In bidirectional languages, words are written right to left. Also, letters that are separate from one another can look different to letters in the middle of a word (in Arabic, for instance). How they look depends on their position: a letter can be separate from other letters or found at the beginning, middle, or end of a word.

Take the phrase “main character,” for example. In Arabic, it looks like this: الشخصية الرئيسية. But if you don’t consider directionality and letter combinations, you might get it wrong: ا ل ش خ ص ي ة ا ل ر ئ ي س ي ة.

Hebrew has a few letters that only change their form at the end of words. These letters are called “final” or “sofit” letters (from סוף “sof,” meaning “end”). Other letters are always formed the same, no matter where they are in a sentence.

2) Combining numbers and letters
In bidirectional languages, letters are written from right to left while numbers are written from left to right. If you don’t account for this aspect of the language, then when letters encounter numbers, the letters might display in the wrong direction. Or the numbers will end up being reversed.

In the screenshot, the first line is written correctly (it should start on the right), but the second is wrong.

Additionally, the interface itself should be mirrored to make it feel familiar to the user. For example, the leftmost column in a Russian table should be the rightmost column in a Hebrew table. And in music apps, it’s more intuitive to tap the left arrow for the next song.

4) Combining the Latin/Cyrillic alphabets with a bidirectional writing system
If the text contains both Hebrew and English words, things might get a little tricky. Possible bugs include:

Let’s take a look at how the messenger app Signal was localized into Hebrew.

The page in English.

The same page in Hebrew.

The developers mirrored the interface and made it right-aligned, but they failed to consider the compatibility of Hebrew and the Latin alphabet. Because of this, the word “Signal” has moved to the end of the sentence, while the period is now at the beginning.

The same window in Hebrew.

It has been mirrored, and the numbers are displayed correctly, but the words have been mixed up again and are out of order. “Felix” should be on the right, at the beginning of the sentence, and “Signal” should be on the left, after the preposition. What’s more, the exclamation point appears at the beginning, and one of the spaces between words has vanished. As a result, the English translation of what appears in the screenshot above is “!Signalis on Felix”.

So, that’s non-game apps. But what about games? Bidirectional languages aren’t the most popular localization choice, largely because of the problems we discussed above. To do a professional job of adapting your game into Arabic or Hebrew, you’ll need to think about localization during development to anticipate any problems.

Let’s take a look at two 90s games that were localized into Hebrew. We should say from the get-go that we’re interested in them from a linguistic rather than technical perspective. Was it even possible to fix the issues we’re about to point out in the 90s? We’re not sure, but there’s still plenty to be gleaned from these examples. 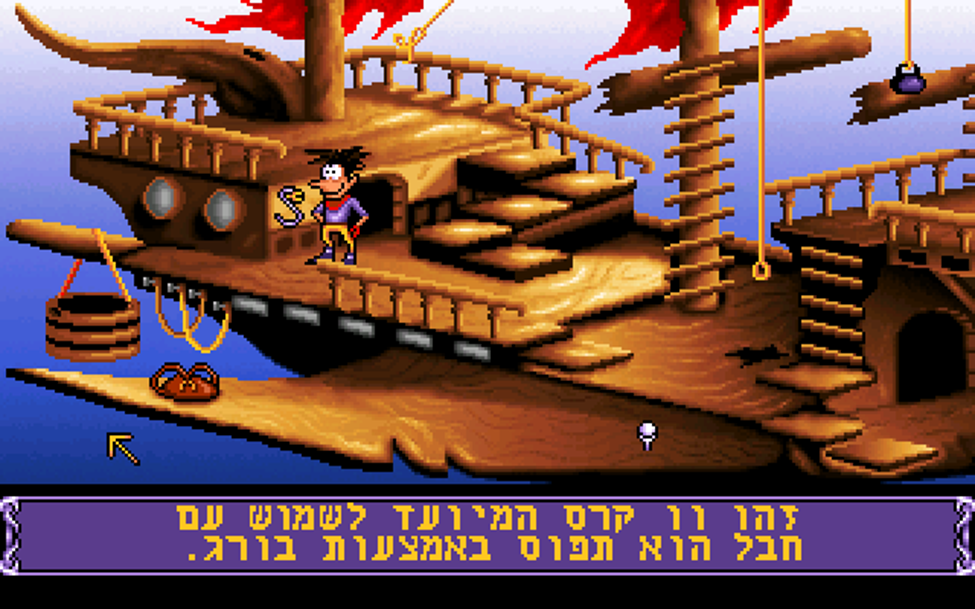 There are no tricky variables here, and no Hebrew/Latin alphabet combinations. Everything here is done simply and elegantly. The text is consistently right-aligned where it should be, and things look good.

But what could have been fixed? The mirroring. 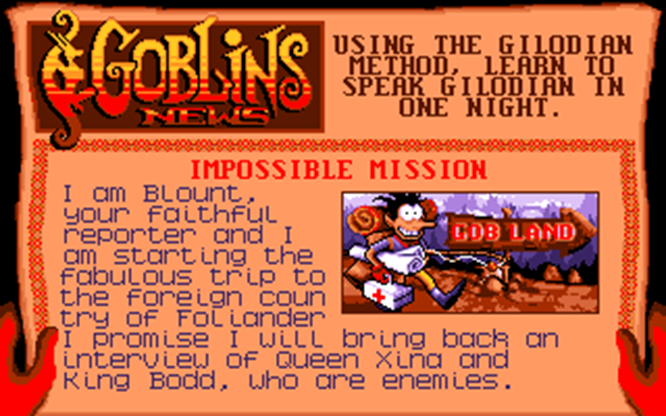 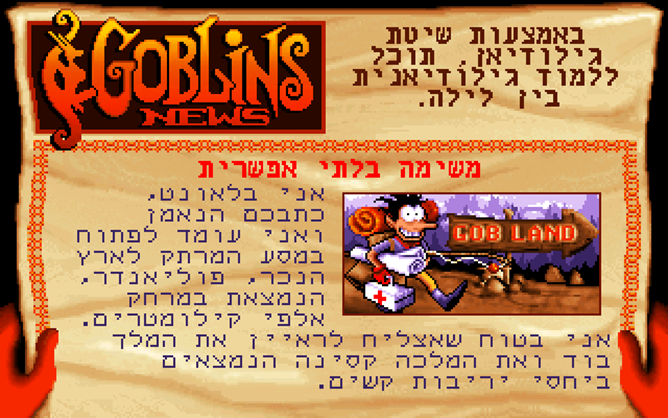 The alignment might be fine, but the text doesn’t look great with the image on the right-hand side of the screen.

The text in this game is mostly centered, which works as well for languages that use the Latin alphabet as it does for bidirectional languages. (There’s a life hack for you!) 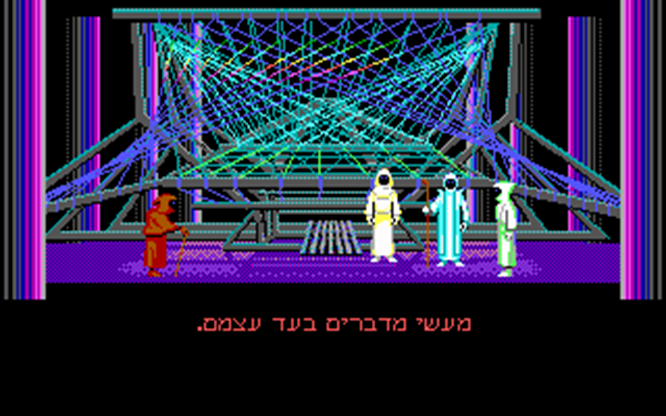 The letters and numbers have been correctly combined. 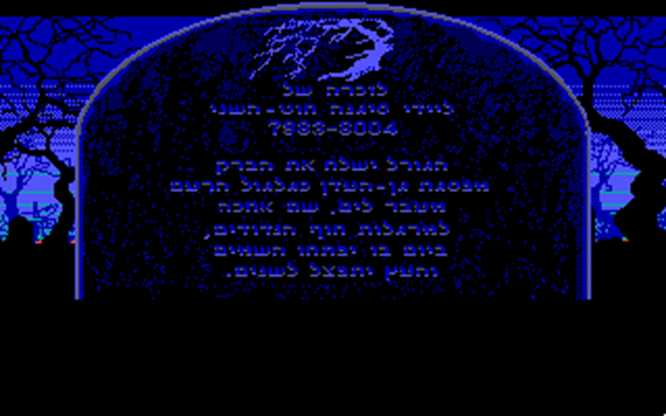 But where the English text is left-aligned rather than centered, the Hebrew is too. And there’s no mirroring either.

Sometimes, that’s not really a problem: it just looks a little unfamiliar. But we shouldn’t deliberately make things feel unfamiliar. After all, when we’re localizing games, we have to make players our first priority and adapt the product to their needs. If you see an opportunity to make your audience’s experience better, even in what seems like a minor way, then take it! 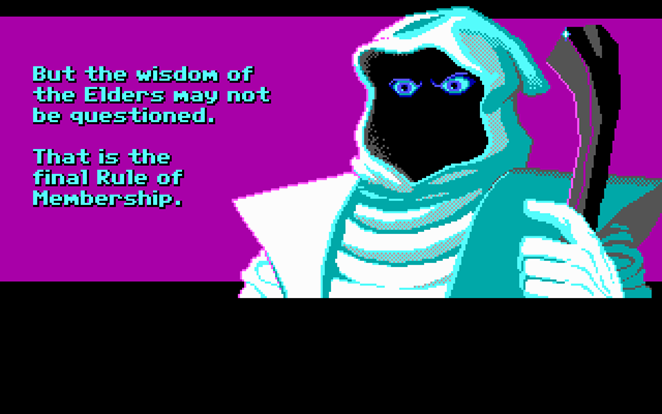 If you keep the quirks of bidirectional languages in mind while creating your game or non-game app and test your product before release, then you can avoid these problems. The results will be lovely visuals and text that reads like it should. And if you want to know exactly how to do that, drop us a line!