Timeframe: from June 2015 to present.

Players get to command an army of heroes and lead it to victory in an incredibly exciting and expansive fantasy-style strategy game. The wicked necromancer Lord Morthar and his hordes of cruel fiends threaten the kingdom, while other lords fight amongst themselves for power. Player must prove that he or she is the best commander and unite isolated villages under their flag. The goal is to bring peace and order to your lands by turning a small village into an unassailable fortress.

We had to perform several types of work: editing the text previously translated from Russian into English by the developers; translating a few lines from Russian to English; and a subsequent localization from English into French, Italian, German, Spanish and Brazilian Portuguese.

Wonder Will is a game studio that mainly develops games for mobile platforms and social networks.

The company gathered of a group of highly qualified experts from all over the country to develop exciting and commercially successful games. The core team consists of former top managers from such companies as Kaspersky Lab, Mail.Ru Group, Social Quantum and Alawar Entertainment. 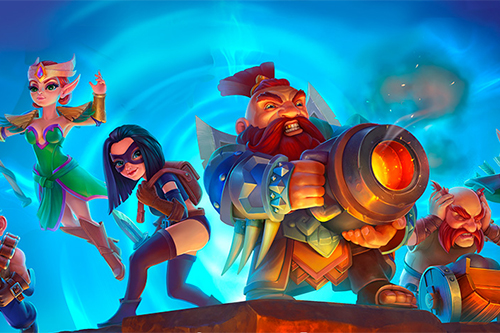