The Coffee Shop business simulator from Melesta provides players with the opportunity not only to try their skills as a business owner, but also to immerse themselves in an atmosphere of a small and quiet town. Players can make new friendships and find out what goes on in the city. They can change the interior of their café, invent new coffee recipes, order equipment, hire new employees, and develop and implement new business strategies.

As part of our work on the project, the Russian source material was first edited before work began on translating the text from Russian into English. Our task not only included localizing the game’s main text, but also efficiently translating all its subsequent updates. Apart from that, the character’s names required a creative approach during the translation. For example, the nickname of one of the characters, Petrovich, became the English equivalent Ol’ Joe. There are many jokes aimed at a Russian audience in the game’s text. We put a lot of effort into adapting them for the new target audience.

For example:
Только можете столик на двоих поставить? Этот, как его… «Гараж»? «Фураж»? «Вибромассаж»? А, вспомнил, «Винтаж»!
But can you set up a table for two? What do you call it… the Image table for two? Village? Spinach?
Ah, I remember—Vintage!

Melesta Games is a leading casual game company with millions of gamers from over 60 countries around the world! For the last 5 years Melesta Games collected portfolio with over 30 marvelous projects, developed for various platforms: PC, iOS, Android, Mac, MMO, social, Windows Phone, console and other. 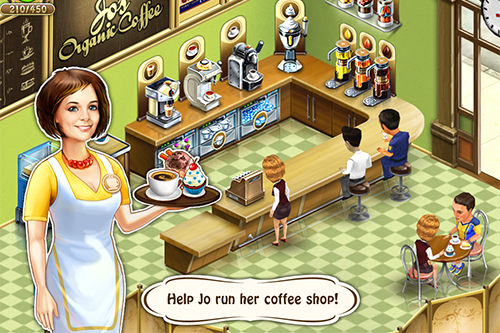