The game consists of a series of duels between mutants. Each player has the option to fight either the computer or a real player – a friend from a social network, for example. Players receive a set of standard mutants at the very beginning of the game and can breed them to make new ones. Until they do, the outcome of the breeding is unknown – genetics is a mysterious science, after all!

Initially, we translated the game’s main text. In order to meet the deadline, we shared the text among two translators and then edited it using one editor to ensure consistency between the texts. We now translate updates to the game twice a month on average. The updates generally include descriptions of new mutants. Each has its own unique name along with a special set of skills. The names are the most difficult parts to translate, as our team usually does not resort to descriptive translations, but instead strives to make names say something about the characters, often by using references familiar to Russian players. For example, one of the game’s new mutants was a mutated hamster called Exo Cookie. This was translated as Khalkomyak (Hulkhamster).

Apart from localizing the game, we also translate all its marketing texts. This work is completed efficiently and within tight deadlines; after all, players want to know about new events and offers as soon as possible!

The Kobojo company was founded in 2008. The headquarters located in Paris, a development studio in Dundee (Scotland) and a new team working in Tokyo.

It is an online company connecting 70 million gamers across the globe, working with the latest trends in technology and business. The aim is to create experiences never created before. The company is young at heart, and games are its passion. Inspired to create new things, Kobojo invites players from all over the world to make incredible discoveries together. 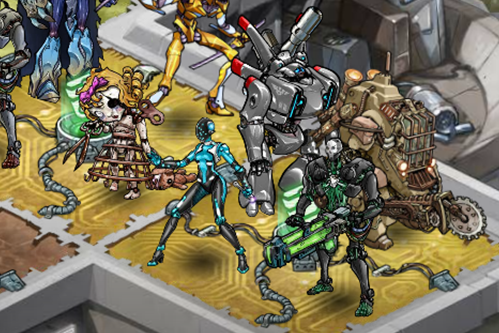