STEEP is a skiing and extreme winter sports simulator. Slide down in a massive open world in the Alps, Alaska, South Korea and Japan. Conquer the steepest mountain slopes in the world with skis, snowboard, sled, paraglider or wingsuit. Play solo or with other players. Record clips and share your craziest tricks with the world. Challenge your friends! They can try your tracks and beat your records.

As of now, the main game and five DLCs have been released.

A small marketing text and subtitle translation for a promotional trailer sent by the customer in May 2016 became the starting point in the work on this project. We selected a team of translators familiar with the world of sports, and spent a couple of days familiarizing ourselves with the references materials and choosing voice actors. We then started localizing the game’s interface and preparing the script text for further recording in the studio.

One of the project’s features was that various characters talk to the player’s athlete during the game. Their lines had to be genderless so as not to offend any players, since the gender of their characters could vary. To commend or express disapproval to the player, we used neutral nouns, passive voice and sometimes we even altered the line when it was not gender-neutral in English. (Get lost, hoser! — Прочь с дороги, тормоз! Ride and glide, bro! — Шикарно катаешься! Hey, dude! — Здорово!)

Issues arose in translating the interface text as well. In STEEP, the player has access to a huge assortment of sports equipment, including real brands. The customer asked us to leave the names in English, and also to leave in the original language all the color coding and special model names that could be found on the websites of the equipment manufacturers. SALOMON HACKER NAVY, PICTURE IGOR SALMON NAVY, TNF M FUSE BRIGANDINE — ZION ORANGE. The translators double-checked all the names, because solid piece of English text in item descriptions would look out of place next to the titles of unbranded equipment. But some positions had to be left fully untranslated to meet the client’s requirement.

A similar situation occurred with the names of certain challenges. In one of the DLC, STEEP: Alaska, many challenges contained not only brand names, but also altered lines from famous English songs that played during the challenges. Although our team tends to recommend full localization, which involves finding equivalents in the target language, we compromised here.

However, toponyms and anthroponyms were localized in full. To more precisely convey the names of various geographical objects and athletes whose description is not fixed in dictionaries and encyclopedias, our team used their knowledge of French, Italian, Spanish and German, not once resorting to D. I. Yermolovich’s proper noun transcription tables. The team also listened to interviews by freestyle athletes and even consulted with our Korean and Japanese freelance translators.

And of course, like any sports simulator, STEEP is full of special terminology, most of which has no equivalent in Russian. In translating them, we sometimes asked for help from people who had been carving the powder for years.

I’m very satisfied with the work done on STEEP. The project is difficult because there is a need to find the exact balance between authenticity and comprehension by the average player, which means using the technical lingo (mostly English terms) to sound authentic while translating enough to avoid losing non-English speakers. Add to this the necessity to have an informal language to follow the game’s trend and the necessity to leave branded item names in English because of contractual requirements, and a UI with a very limited space. All this creates a project with very unique challenges, in which most of the localization-related issues you can face over various projects are combined in a single one. A perfect case study. I feel that Allcorrect did a good job getting out of it alive.

Ubisoft Entertainment (previously Ubi Soft) is a French company that specializes in publishing and developing video games. Their main office is in Montreuil, France. The company has studios in over 20 countries, among them Russia, Canada, Spain, China, the USA, Germany, Bulgaria, Ukraine, Romania and Italy. Ubisoft is one of the largest game publishers in Europe. 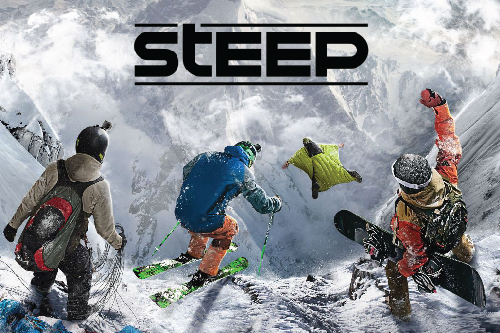