Localization of Tales of Berseria from Bandai Namco

Tales of Berseria is a Japanese roleplaying game from the Tales series and is a prequel to the previous instalment—Tales of Zestiria. Players will set off on a perilous journey of self-discovery to unearth the truth. The game is narrated by Velvet, once a sweet and loving girl who was the victim of a horrible tragedy, and now her heart burns with pure hatred. Between combat and exploring locations, the characters talk about the game’s events and reveal different sides of themselves.

We assembled a team of experienced translators to work on the project, including people who had worked on the previous game in the series and those with knowledge of Japanese, which the original game text was written in. Due to the large volume, editing was carried out in parallel with translation, which ensured closer collaboration between the editors and the translators.

The developer provided us with a large amount of reference materials that required several days of study. The game’s distinguishing features are the complex relationships between the characters and their unique personalities. In order to navigate our way through responses in long dialogues, which were often not presented in chronological order, we had to carefully track string IDs and consider the features of the characters’ speaking styles and terms encountered throughout the text.

The game’s serious tone is punctuated by numerous jokes, and translating them was a real challenge as many touched upon delicate topics. For example, titles such as “Bathtime Banter: Coming Clean Inside and Out” and “Fun Fun Fun Down in the Tub: Letting Loose and Airing It All Out” were just the tip of the iceberg. The adaptation of the humor was recognized by players, as shown in reviews on Steam.

I won’t go through all of the game’s good points, such as: the well-thought-out battle system, the plot that makes you think about philosophical questions of life and death, the brilliant music that always fits in so well, the excellent localization (subtitles) into Russian and the graphics that are plain and simple, but still look very good… In short, I can say that this game has a soul, which is what modern games lack. Every character in this game has a soul, you care about what happens to them, you understand the motives and behavior of every one of them, you share in their delight and you are sad when they’re having a hard time. There’s only one negative thing about the game—you’ll complete it before the next game in the Tales of… series comes out.

One of the best JRPGs I’ve ever played!!!

I won’t mention anything specific, straight to the pros and cons. Pros:

Cons: personally, I don’t think there are any!!! To sum it up, we get a wonderful JRPG, of which there aren’t many, a whirlwind of positive emotions, plenty of hours of fantastic gameplay, and a whole load of interesting dialog + good humor!!!

In this game it deserves a special mention, sometimes the dialog is so crazy that it’s hard not to burst with laughter. Bien cracks you up with his snide comments and his butting in on other people’s dialog.

The text changed multiple times during translation, which required us to promptly make amendments to the updated strings and also to any related strings.

Bandai Namco Holdings Inc. is a Japanese company which is a holding of Bandai Namco Group. It is a global corporation that produces entertainment media such as video games and related software. The group opened a subsidiary in the U.S. on January 2, 2006, which was responsible for operations in the North American market. Today Bandai Namco is the third largest games developer in the world. The holding is headquartered in Shinagawa special ward in the Japanese capital, Tokyo. 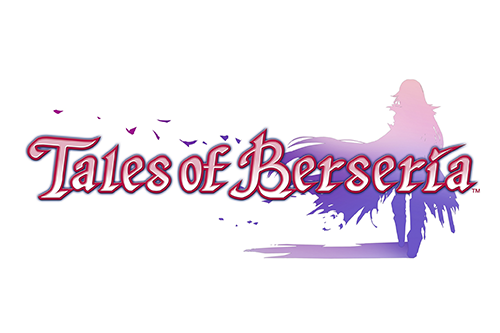