Timeframe: from June 2017 to present.

We started working on the project in summer 2017. At the time we only had access to a 40-minute gameplay video because the application itself was still in development. We weren’t able to test the game until November 2017. We are currently receiving regular updates for translation containing information about new special offers and weekly events.

The initial PEGI rating for the game was 12+, however, this proved to be a challenge for localizationю Every episode of South Park mocks the flaws of American culture and current events and criticizes all sorts of convictions and taboos by way of parody and dark humor. Within the framework of a 12+ rating it was difficult to fully convey all the jokes and wordplay of the original text. For example: “Are you f*cking kidding me, New Kid?” (Новичок, ты что, очешуел?) “You guys are F*CKING cheating and you’re gonna break the game!” (Вы, ребята, ДОЛБАНЫЕ читеры. Это портит игру!) “Then U can prove to the world ur the best. Unless ur scared like a little b*tch.” (И тогда ты сможешь всем показать, чего ты стоишь. Если только ты не боишься, как маленькая сучка.) “Go kick some ass in the name of love.” (Надери-ка пару задниц во имя любви). Taking into account our feedback, the rating for the game was changed to 16+.

The original text is full of all sorts of references, allusions, jokes (including some that push the boundaries of good taste), and wordplay. For example: “Wielder of the phone of destruction” (a reference to Gandalf from The Lord of the Rings), “You shall not pass… this tower!” (also from The Lord of the Rings), “Gizmo Ike” (a reference to a character from the 1984 horror/comedy film Gremlins), “Space Warrior Token” (the character looks like a Klingon from Star Trek), “Alien Clyde” (the character is dressed like the Xenomorph from the Alien movies), and “King under the Mountain” (a reference to Thorin Oakenshield from The Hobbit). Our team tried to preserve these features in the translation and adapt certain situations to make them more understandable to Russian-speaking players. Transmitting the spirit of the show, but without offending or insulting anyone or ending up with a steam of complaints from players was quite a challenge. Especially since the game was censored much more strictly than the cartoon. For example, in the game we were prohibited from using the Russian word “жид” (a slur against Jews) despite the fact that this word is very common in the Russian version of the show. We were allowed to use the word in a couple of lines of dialog spoken by Cartman, who is furiously anti-Semitic.

Another challenge was that South Park has a number of different Russian dubs from different studios, and none of them are considered to a true, canonical version that we could easily use as a basis. So there were certain characters, events, and situations with multiple existing translations, and we had to pick the options that were most familiar to fans of the show. For example, Big Gay Al became “Большой Эл-гомосек” (although he could have been “Голубой Эл or Великий гей Эл”), and Starvin’ Marvin was transformed into “Голодный Марвин” (other versions: “Кошмарный Марвин,” “Доходяга Марвин”).

Due to exciting gameplay and easy-to-learn control system, this is one of the few card games that’s even better than the celebrated Clash Royale. Your favorite South Park characters, hilarious jokes in the dialog, and amazing gameplay mixed with in-app purchases that don’t break the game, this is the best mobile card game out there. In a word, it’s A.W.E.S.O.M.-O!

I can tell they put a lot of work into the game, which is really nice :) the events are awesome thanx for the game guys :) i really appreciate how they were able to keep the South Park humor :)

Fans of SP will like it. I beat the game without the donate. It was challenging and fun. Graphics 5. Dialog 5+, storyline in the spirit of SP. After I beat Grand Wizard Cartman, the characters got mad at me cause I hadn’t paid for anything. They said that all those costumes cost money, you know. I was absolutely sure that we’d not see the free version of this game :)

Ubisoft Entertainment (formally Ubi Soft) is a French company that specializes in publishing and developing video games. Its headquarters is in Montreuil, France. The company has studios in over 20 countries, including Russia, Canada, Spain, China, the US, Germany, Bulgaria, Ukraine, Romania, and Italy. Ubisoft is one of the largest game publishers in Europe. 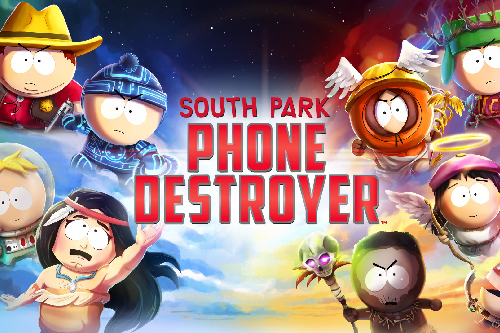