This is a children’s browser game based on a popular animation. There are several screen adaptations of this story: a 1974 series, a 2009 film and a 2013 3D animated series. However, only the film has been translated into Russian, and that’s what we focused on in translating this game. Vic Online has a distinct educational character: it contains English language tuition and a geography quiz.

Our team took on only the Russian localization for this game. We received the original text in German as our source material. The client company also provided very detailed reference materials that we were able to rely on during the localization process. During the translation, we used the Russian translation of the film that this game is based on. Our translators and editors took guidance from the requirements traditionally placed on children’s products: they tried not to use slang or words with negative connotations. And of course, we avoided double meanings in the translation. For example, the inventory items Prinz Charmings pulsierendes Liebesschwert and Prinz Charmings geöltes Liebesschwert would be literally translated as Prince Charming’s Pulsating Love Sword and Prince Charming’s Oiled Sword. Naturally, these names had to be changed to less descriptive versions in the translation. And, since the game’s rating is 7+, we considered it acceptable to use fixed phrases in the text.

Gamigo is a German publisher of online games. Recently, the company has also started publishing its own MMORPGs. All its games are currently free and have an internal monetization system. The company was founded in 2000 as an online game store, but went into game publishing in as early as 2001. 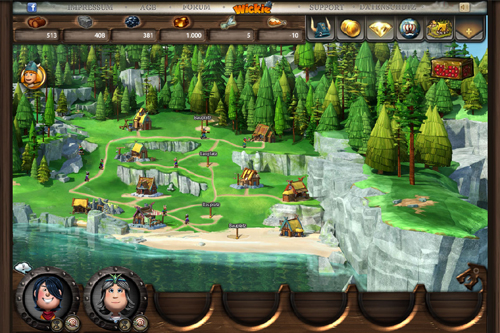