The Long Journey Home is a space travel simulator where the player takes their ship across the galaxy, discovering new systems along the way, exploring planets and establishing communication with alien civilizations.

The Long Journey Home stands proudly among the most difficult projects our company has ever done. Everything about it was massive, from the sheer volume oftext to the team size to the number of technical and linguistic challenges. All that we were short on was time. We were faced with the task of completing the translation in a month and a half to ensure the release happened according to schedule.

The Long Journey Home was an unusual game not only for us, but for the developer as well. It is one ofthe studio’s largest projects. The volume of game text was also staggering: the word count topped 150,000, and it all had to be translated into fourlanguages.

Our first task was choosing the team. Our linguists not only have an excellent command of languages, but they also enjoy playing video games, so we brought in those for whom the subject of space travel was near and dear. Due to the short timeframe, we had 3–4 translators working in each language pair. On top ofthis, we had to find technical consultants who would help keep us from muddling the numerous technical terms. Before we began, the entire team played the beta to get a feel forthe atmosphere. But despite our excellent preparation and the abundance ofreferences, we still had manyquestions. Luckily, Andreas Suika, one ofThe Long Journey Home developers and creative director for Daedalic Entertainment, was ready to help.

Since we were localizing the game as development was wrapping up, the project required us to use an additional environment—Crowdin—where the client would upload the texts as soon as theywere created. We set up a system to notify us when new lines appeared in
Crowdin and promptly loaded them into memoQ, the professional CAT tool our company uses.

While the managers were busy resolving these issues, the linguists faced other difficulties. One of those was the large number of characters from different races. Each race had its own unique speech style. For example, the primitive Mizzurani spoke with poor
grammar, while the speech for Wolphax knights had been stylized in the vein of Shakespeare.

Our translators wrote an entire guide to make navigating the speech patterns for each charactergroup possible.

The game had many phrases on the verge of being inappropriate, which always presents challenges when translating. In the end, players can laugh a bit at the 18+ jokes without blushing from anyoutright vulgarityorexplicit language.

Even the best translation may sometimes seem odd in the game itself, so, after loading the texts, the second part of our team began the linguistic testing. For this, we were given a separate build assembled for QA and the cheat codes to transition quickly through different areas ofthe game.

In addition to the in-game text, the developer has entrusted us with adapting the marketing materials for22 languages.

Daedalic Entertainment is an independent computer game publisher and developer, based out of Hamburg, Germany. It was founded in 2007. The company is known primarily for its 2D quest games. In 2009, Daedalic received the German Developer Award for “Studio of the Year”. 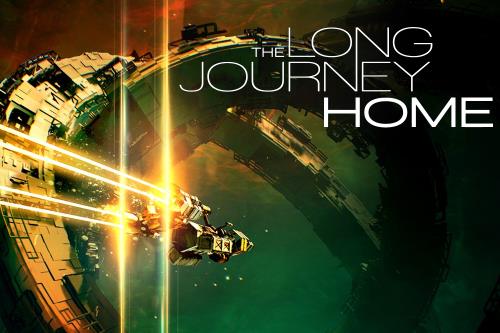