Timeframe: from October 2018 to present.

Rangers of Oblivion is a mobile MMORPG where you become a ranger and protect the world from monsters and the gathering forces of a great evil. Join other players and build powerful alliances, battle in real time, explore an open world filled with puzzles and dangers, while completing various quests, undergoing trials, hunting monsters, and earning lavish rewards. The game has several modes to keep you from getting bored; full character customization lets you showcase your individuality. And all of this is presented in a detailed world with new-gen 3D graphics.

Work on Rangers of Oblivion began with translating the glossary, which included the names of weapons, equipment, skills, factions, characters, and much more. As soon as the client approved the Russian versions for all the terms, we began translating the game itself.

The developer provided our team with ample materials, images, and access to the beta version, which gave us a better understanding of the game, its atmosphere, and characters. Using the pictures allowed us to translate with more precision.

One of the project’s main requirements was to translate it as organically and creatively as possible. Fortunately, it proved to be a place where our translators’ imagination and creativity could shine. The text contained colorful descriptions, entertaining dialogues, and even some poetry. For example, here is a description for one of this dangerous, mysterious world’s creatures:

No one knows if this was cursed rainforest that drove the chimeras insane, trapping them in their deranged frenzy. Why else would they spend every waking moment ramming into everything and anything until their heads are broken and streaming with blood?

Here is a translation of the song that one of the characters sings in a tavern:

Long in the past during the dark ages when everyone only had tea to drink,

On the path of history strode a great man called Charlie Mopper!

He invented the most wondrous beverage made out of beer flowers!

Hey! He must be an admiral or a king!

His virtues will be sung through eternity!

Look at the memoir we made for him and hid in a chest!

The job was not without its difficulties. Our biggest hurdle in this project lay in that we weren’t translating from the original language. The game had originally been created in Chinese, then translated into English, which was the text our team was working with. We occasionally encountered inaccuracies and inconsistent translations for the same realities in the English version, which required us to locate them in the original Chinese text the client provided. For example, one title had been translated into English in different ways, although the Chinese characters were the same: Light Bringer (圣光笼罩) and Encompassing Light (圣光笼罩).

Amongst the equipment was a bow called Mistletain, the Runebow. The problem with this was that Mistletain was the name of a sword from Icelandic literature, so it did not really fit as the name of a bow. We informed the client about it and suggested that we change the name to Ullr’s Runebow. Ullr was renowned throughout Norse mythology as a great archer.

Another issue we faced was that a significant portion of the interface texts had strict character limits. Many mobile MMORPGs allow the use of abbreviations with periods. However, the client requested that we avoid them in this project, with the exception of those that players would easily recognize and understand.

The text contained a number of variable tags, the values for which weren’t always clear. Occasionally, we would encounter several identical variables with different values in a small phrase. Swapping them was an extremely undesirable solution because this might have resulted in a completely incoherent group of words: Use %s %s [%s/%s]. In these situations, we contacted the client to clarify which particular word or number would replace the tag. We had to construct the phrasing in Russian so that the variable sequence in the translation matched the original. To avoid problems with inflections that could indicate an incorrect grammatical form, we often used present tense and elaborated using generic terms. For example, we translated the phrase {0} has been appointed chef by {1}, where the {0} and {1} tags are player names, as {1} назначает игрока (assigns player) {0} поваром (to the position of chef).

Despite the string limits and the many variables, our team’s collaboration with the developers allowed us to give players the chance to immerse themselves in the world of Rangers of Oblivion, full of compelling characters, magnificent locations, and amusing dialogues.

YOOZOO Games (previously known as Youzu Interactive) is a global entertainment company specializing in game development and distribution. The company is headquartered in Shanghai with offices in London, Berlin, Hong Kong, Singapore, and other major cities. Since its founding in 2009, YOOZOO has launched a multitude of highly successful products and forged a global distribution network. Popular role-playing games Legacy of Discord – Furious Wings and League of Angels series have helped YOOZOO Games become an industry-leading game publisher. 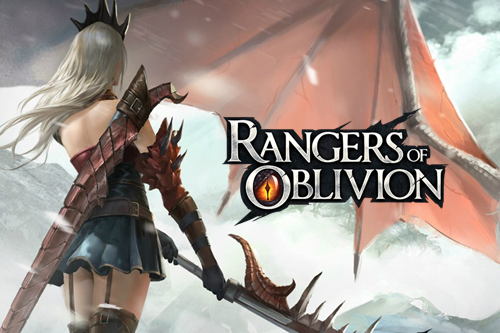