Timeframe: from October 2013 to present.

The game belongs to the three-in-a-row genre. Indy Cat is a legendary traveler who has set out in search of an ancient artifact known as the Ball of Fate. Alongside him, players visit a multitude of lost worlds, such as Ancient Greece, Ancient Egypt, the Land of the Rising Sun and many other exciting places. Meetings with a variety of enemies are unavoidable along the way to achieving the coveted goal!

Initially, we translated the game’s main text from Russian into English, and then into all the other languages. For the game updates, we don’t always translate them into every language, but selectively depending on what the customer wants. Apart from that, the game contains locations connected to specific eras, for example, Ancient Rus or Ancient Egypt. While translating terms and items related to one historical era or another, our translators had many questions which we were able to solve using an efficient channel of communication between the translators and the customer.

While localizing this game, we also had to pay special attention to translating its so-called boosters. These items were balls of wool, and the customer had special requirements for translating their names.

Apart from localizing the game, we also work on translating all its marketing texts. This work is completed efficiently and on tight deadlines – after all, players want info about new offers and events as soon as possible!

The PlayFlock company was founded in September 2009. On the background of the developing video games industry, its key activities came to be developing and publishing applications for social networks (at that time for the VKontakte social network).

Since it first began, the company’s products have stood out for their high development pace and adherence to the ever-changing trends in the app market. PlayFlock is among the top 10 leading social application developers in the USSR, and among the top 20 in the world. 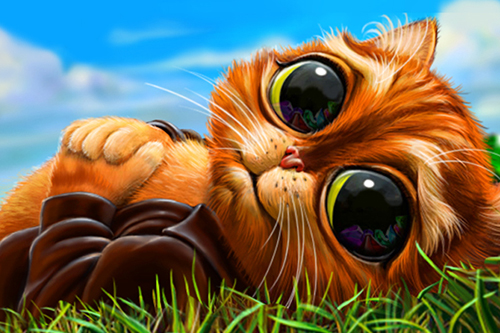