Timeline: from October 2015 to present.

Heroes Reborn is a tactical role-playing game in which the goal is to create an army and defeat the forces of evil. Players can increase the power and strength of their characters and use battle units to fight against various enemies. The game stands out for its visuals and unique strategic gameplay.

The customer had a very solid approach to the challenge of localization. We were presented with images of all the characters, plus screenshots from the game so that our translators could understand the context of one phrase or another. We translated it from English, diligently observing the limits on string length.

The Divmob company was founded in December 2011 in Vietnam. It has released over 10 games on Android and iOS. The most successful of them (Ninja Revenge, Zombie Age 2, Epic Heroes War) entered the top lists on Google Play and iTunes and received over 3 million installs in the first month of their release. 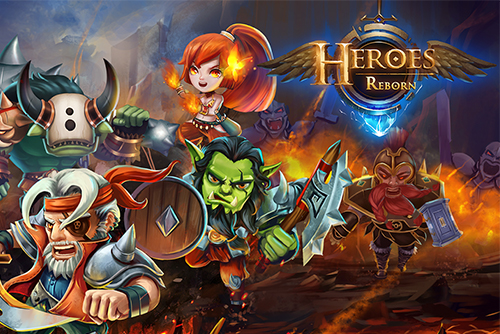