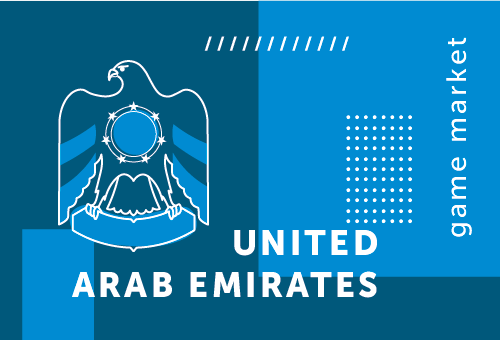 The United Arab Emirates (UAE) is a federal state in the Middle East. It consists of seven emirates, each of which is its own state with an absolute monarchy: Abu Dhabi, Ajman, Dubai, Ras al-Khaimah, Umm al-Quwain, Fujairah, and Sharjah.

The overwhelming majority of the population of the UAE (up to 70%) is made up of workers from Southern and South-East Asia. The indigenous population is mainly Sunni Muslims.

The country has large oil reserves, the export of which makes up a substantial portion of the GDP.

The official language of the United Arab Emirates is Arabic; however, English is widely used in the spheres of business, in business correspondence, and as the language of inter-ethnic communication. As well as these, Hindi, Urdu, and Farsi are widely spoken in the country, due to the large influx of immigrants.

The gaming market in the UAE is one of the most attractive for developers and publishers, due to its purchasing power. The Arab Emirates, with their comparatively modest population size, are nonetheless in 40th place in the list of countries according to gaming industry revenue, and they are also part of the MENA (Middle East and North Africa) region, which has one of the highest growth rates. 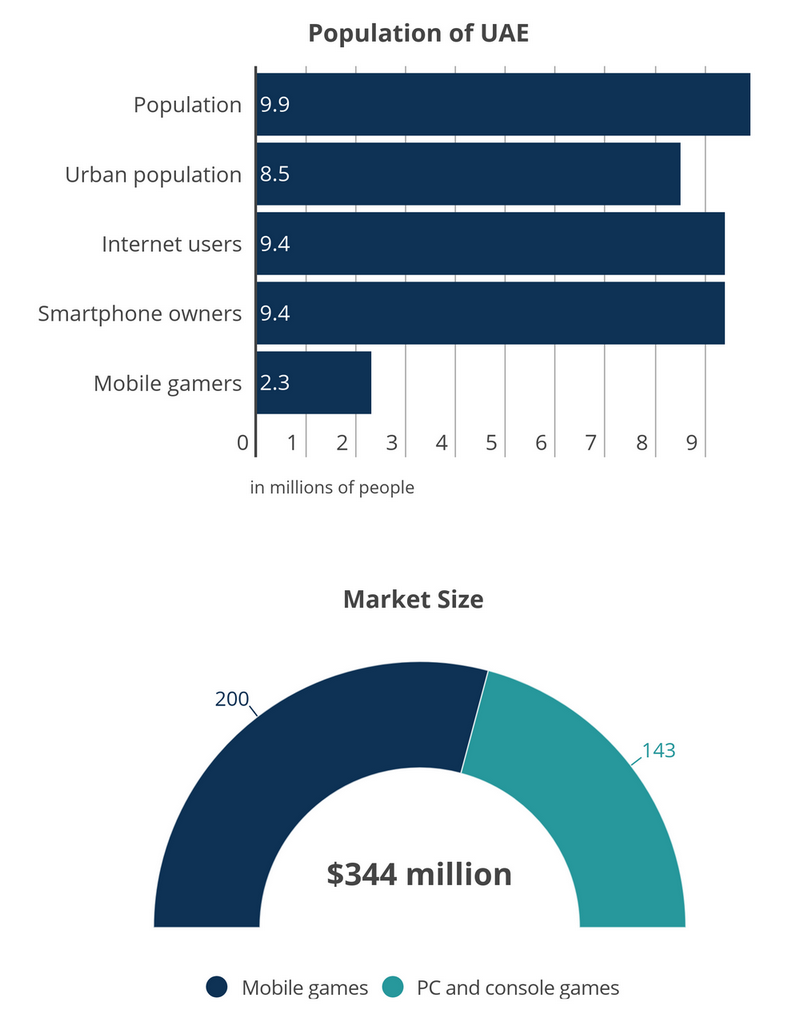 Somewhere in the region of half of the UAE’s internet users spend money on games, and due to their high purchasing power, the proportion of those whose expenditure might be termed “average” is 31% (by comparison with 18% in Western Europe), while those whose expenditure is “large” account for 7% (4% in Western Europe). 39% of gamers spend money on mobile games, 38%—on console games, and 33%—on PC games. 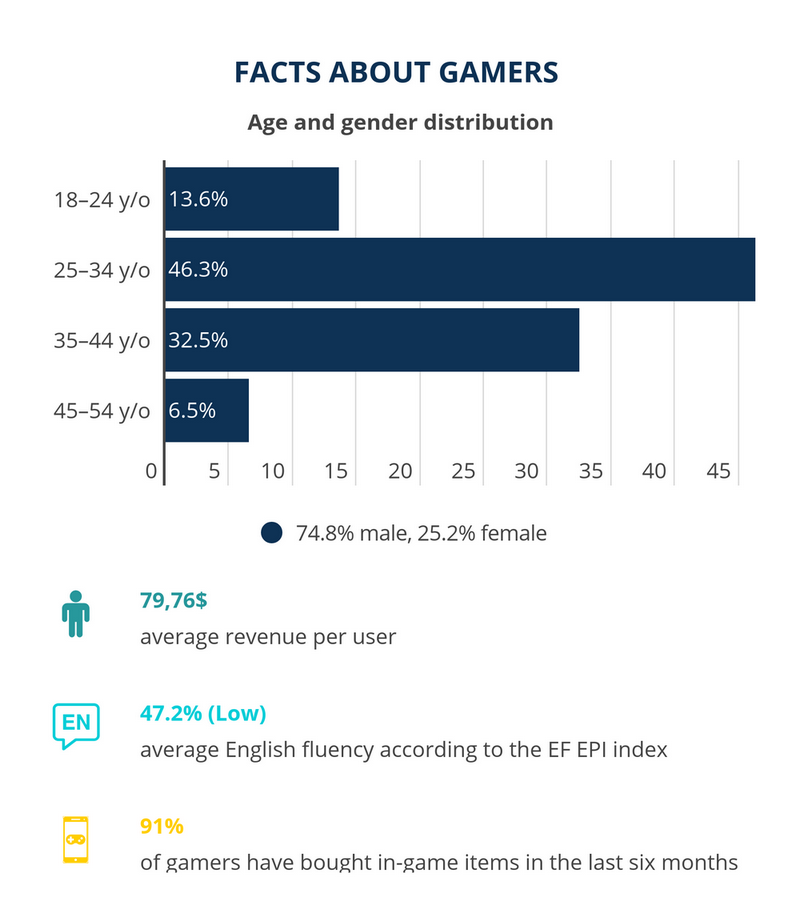 This significant imbalance in the breakdown of gamers according to gender is attributable to the fact that there are approximately 2.5 times more men than women in the UAE. 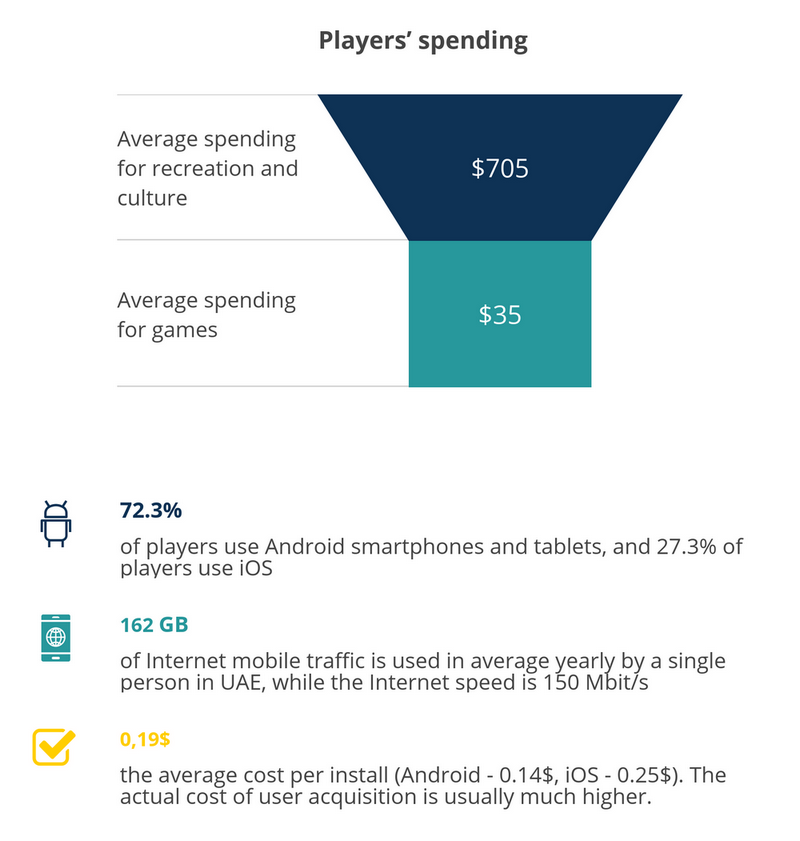 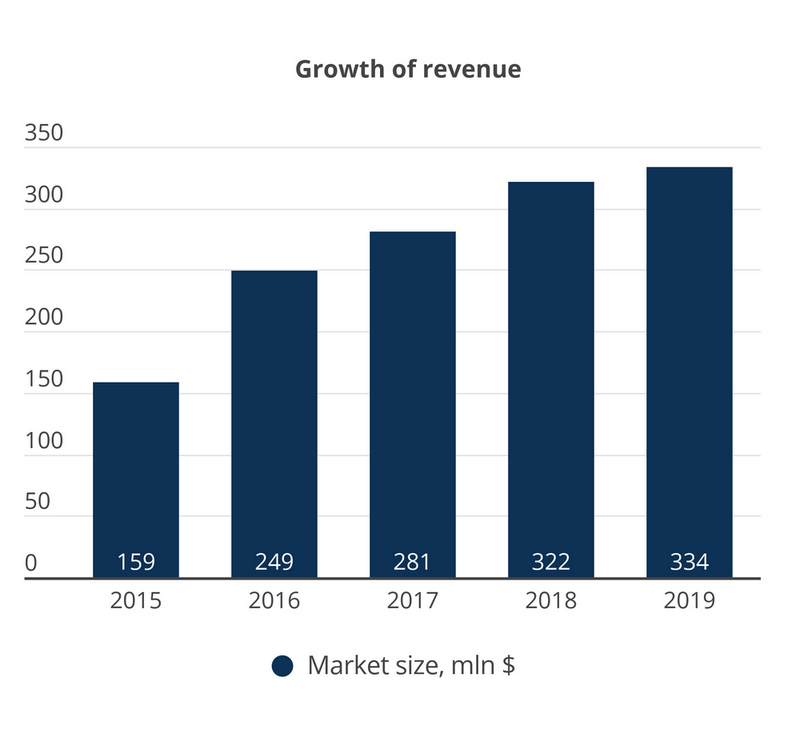 Along with the presence of major international companies, such as Ubisoft, there are also offices of somewhat smaller-scale developers in the country: Cubix, Quytech, The NineHertz, and Logic Simplified.

Domestic market players are also represented on the market. They are mainly involved in developing casual games and puzzles:

The UAE has a National Media Council (NMC), a type of censorship body that is responsible for the content of materials that are published in the country, including video games. As an example, several parts of the Call of Duty, GTA, and God of War franchises were banned in the country, due to what was depicted in them: an image of Dubai having been destroyed by a catastrophe, excessive violence, scenes of a sexual nature, and even quotations from the Koran.