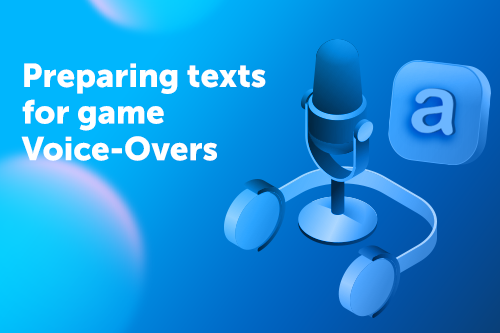 Game voice-overs are long, expensive… and amazing! With no need to read subtitles, they let players immerse themselves completely in the experience. But—no surprise—there are quite a few pitfalls that need to be avoided if the project is going to leave a positive and lasting impression. Let’s take a look at how to translate texts for game voice-overs and how that’s different from regular localization.

The first step is to decide if you need to sync the sound up to the characters’ lip movements (and no, we’re not talking about TikToks). If you’re a big developer, you might put the time and energy into lipsyncing using procedural facial animation the way CD Projekt RED did it for Cyberpunk 2077. Unfortunately, that’s difficult and expensive. Developers with more limited budgets therefore have to match the translated texts up to existing graphics. In a perfect world, translators get videos with character movements as a reference point. The number of syllables in the translation should then match up to the number of times the character’s lips move in the game. But because of production issues, the video isn’t always ready when it’s time for localization, and that means linguists have to make their own version by reading the original out in front of a mirror.

Quick life hack: if the character has a thick beard or wears a mask in keeping with the times, lipsync isn’t actually an issue. 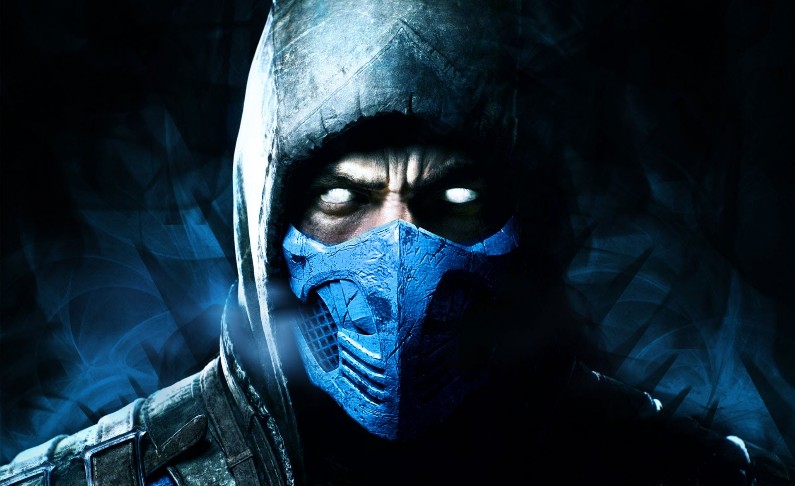 Sub-Zero wore a mask before it was cool

Captain Obvious would tell us that a single phrase in different languages might be longer or shorter. Just take the difference between “Stop!” in English and “Ostanovites!” in Russian. With that in mind, the lockit for each text should include timing. That lets the translator pick the phrases with the right intonation and length.

Incidentally, if shortening a phrase would negatively impact the translation quality, another option is to slow the video down (so long as the game engine allows it).

One more truism for translators is that the translation should be done by a native speaker who lives in the target region. It’s only then that jokes, plays on words, and cultural references will come across the way they’re meant to. And that’s even more important for culturalization than it is for localization. While regular translations need this too, it’s an issue that stands out like a sore thumb when a game is launched with a localized voice-over that features cultural miscues.

Battle of the sexes

How do you address someone when you don’t know their gender? When it comes to text translations, you can use what are called sex tags. Voice-overs are trickier. One option is to record two options for each line, though some languages will need more variants for social standing. But that’s time-consuming and expensive. In many languages, nouns, adjectives, and even verbs have gender. Those languages let you resolve this conflict by using a noun without a specific gender, or one that can be applied to anyone. It’s also possible that switching into the present from the past gets you around problems with gendered verbs.

The actors doing the voice-overs need to match the original. As you might imagine, having a soprano read the part of a fierce warrior would just sound funny. But there are less obvious nuances to watch out for too: the localizer working with a recording studio can suggest an actor perfectly suited for the part of a character in a small southern city or, on the contrary, one who works better for someone in a big city.

So much goes into a character’s voice. You can list everything you need or simply find someone well-known in pop culture that fits the image you’re trying to portray. To take one example, when we were translating Steep, a sports sim developed by Ubisoft, we needed to find actors to do voice-overs for… mountains. The requirements for Mont Blanc were simple: the mountain was supposed to talk like Cate Blanchett in her role as Galadriel. That made it much easier for us to find the right actor.

When it comes to the age-old question of whether to do different voice-overs for each target region, much ink has been spilled. However, experience shows that having a localized audio track gives a huge boost to the project, letting players sink into the game world.

Still, it’s better to have no voice-over at all if you’re not going to do it well. And that’s why it’s so important to have the right suppliers in place when you’re compiling texts for those voice-overs.