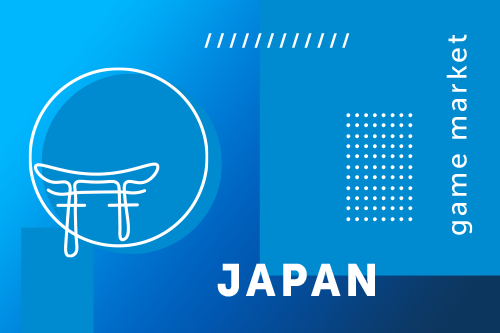 Japan (officially the State of Japan) is an archipelagic country in East Asia. It is located in the Pacific Ocean, east of the Sea of Japan, China, North and South Korea, and Russia.

Japan is located in the Japanese archipelago, which is made up of 6,852 islands. The four largest islands are Honshu, Hokkaido, Kyushu, and Shikoku. They account for 97% of the archipelago’s land. With almost 126 million inhabitants, Japan has the 11th highest population in the world. Greater Tokyo, which includes the Japanese capital Tokyo and several surrounding prefectures, has a population of over 30 million and is the largest metropolitan area in the world.

Japan is third in the world in terms of nominal GDP and fourth in terms of GDP adjusted for purchasing power parity. The country is also quite developed, with a very high standard of living (19th in the Human Development Index). In addition, Japan has one of the highest life expectancies and one of the lowest infant mortality rates in the world. At the same time, the country is experiencing a strong demographic shift toward an elderly population (29% of citizens are over 65) and a natural population decline (0.2% per year).

The Japanese gaming market was one of the world’s first gaming markets and is currently the third largest, after China and the US. Japan is a country with highly advanced technology, and it’s also the birthplace of brands such as Nintendo, Sony PlayStation, and Sega. Because of these factors, Japan has always been a significant contributor to the development of the gaming industry. In Japan, gaming is more than just a part of the economy — it’s part of the culture. As a result, Japanese people dedicate a lot of time to games (an average of 6.7 hours per week for mobile games) and are willing to spend more money on them, as evidenced by the high ARPU of $177. However, the user acquisition cost in Japan is one of the highest in the world.

The release of the Nintendo Switch console in 2017 (which is one of the best-selling consoles in history) and the PlayStation 5 in 2020 has also influenced the industry. The monumental launch of 5G networks in March 2020 will boost Japan’s gaming market too, including the cloud gaming market.

As for eSports, which play a smaller role, they have seen a 27% growth over the past year. However, this is likely to change in the coming years with the help of the Japanese government. The Ministry of Economy, Trade, and Industry has ambitious plans to expand the Japanese eSports industry by supporting companies and experts who are developing major tournaments (esportsobserver.com, KADOKAWA Game Linkage research). 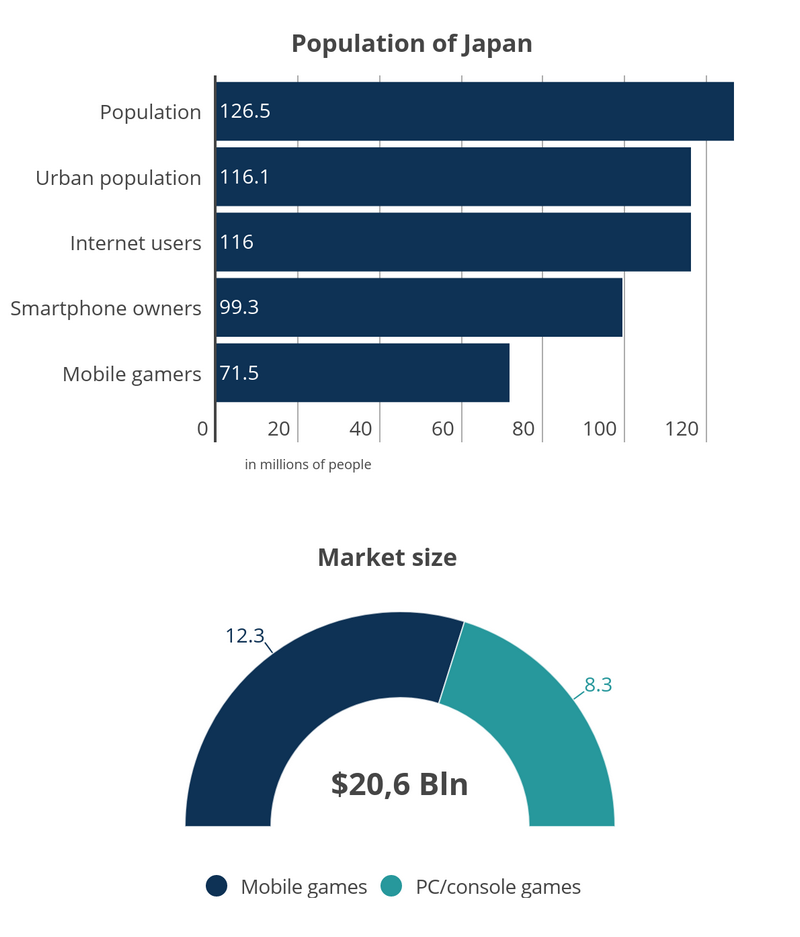 The most up-to-date information on Japanese gamers: 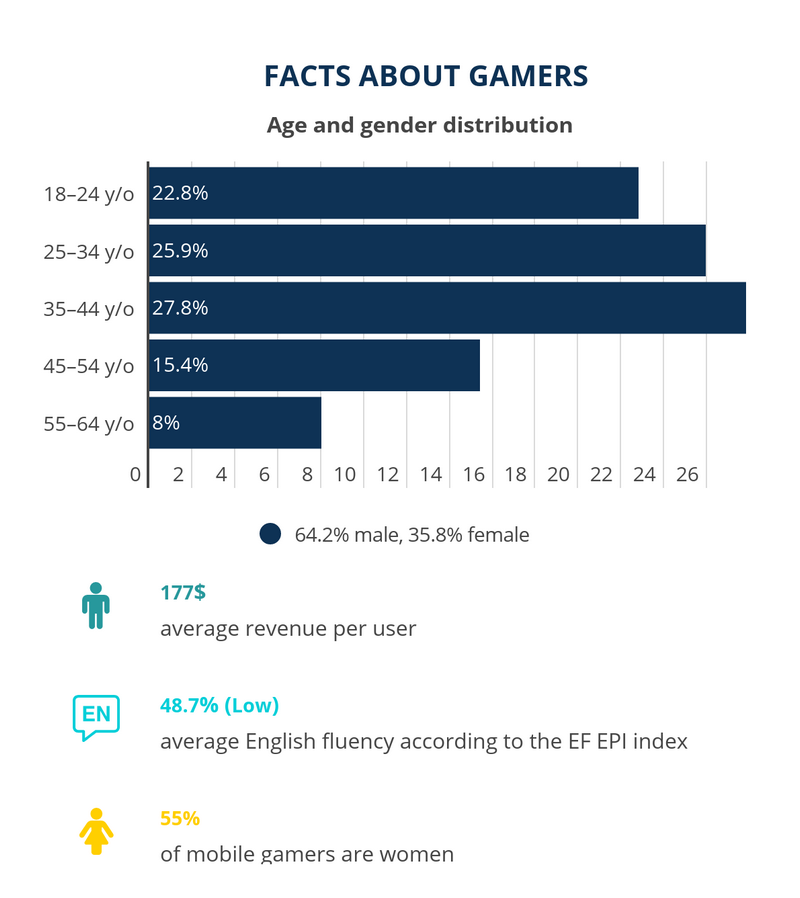 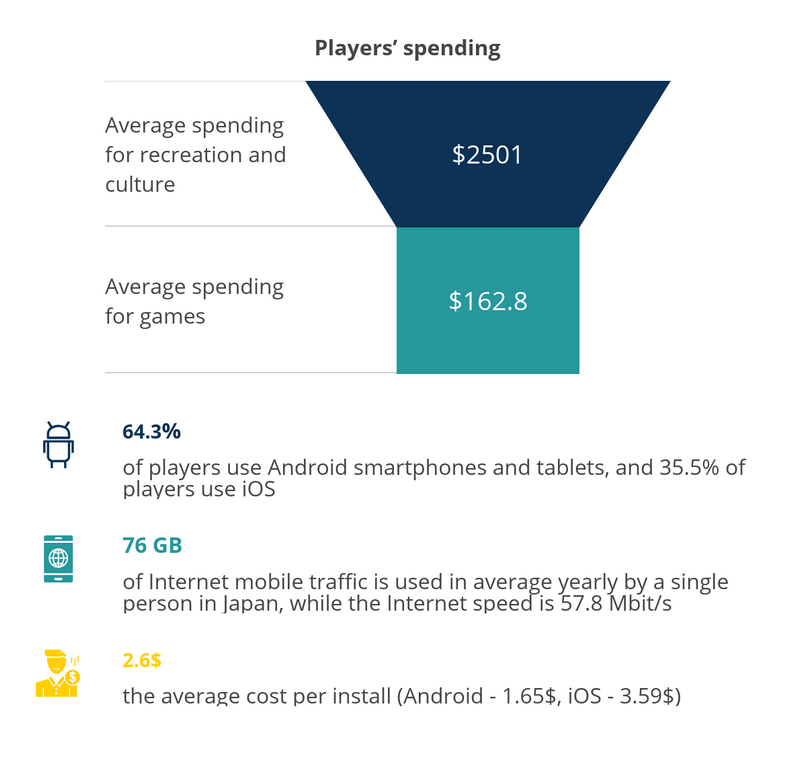 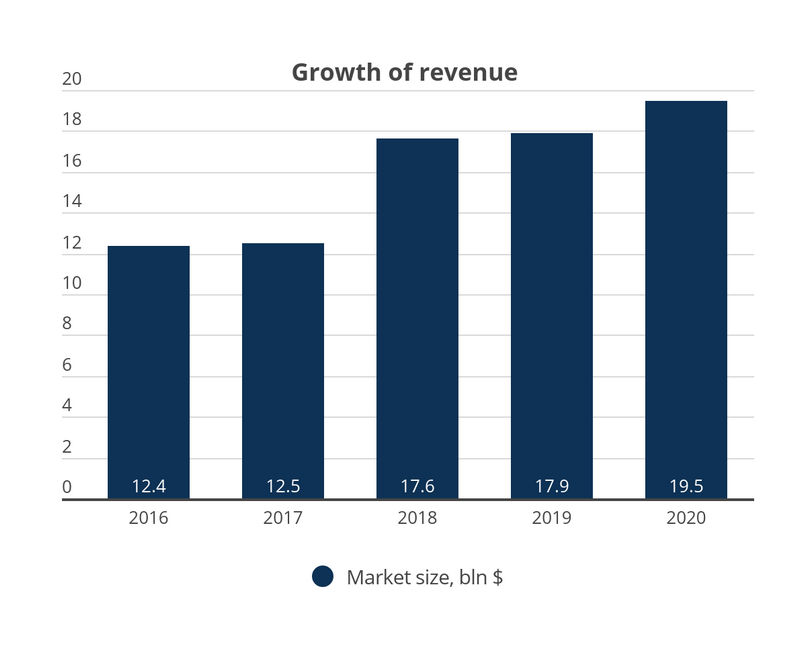 The list of Japanese developers includes world-renowned companies, several of which were founded as far back as the 70s and 80s:

From the smaller names in the market, it’s worth noting the following:

The vast majority of the population speaks Japanese. English is mandatory in school starting in the 5th grade, although many people do not speak it fluently by the time they graduate.
Students have difficulties learning English due to its fundamental differences in grammar and syntax, as well as important differences in pronunciation in comparison with Japanese. This leads to significant difficulties when it comes to using English effectively. Another problem is the potential fear that Japan will lose its identity if too much English penetrates the country.

Localizing games for Japan requires a great amount of work; translating into Japanese is fairly difficult due to certain specific aspects of the language. Here are some nuances of the language and culture that must be kept in mind when adapting games: