How much does game localization cost? 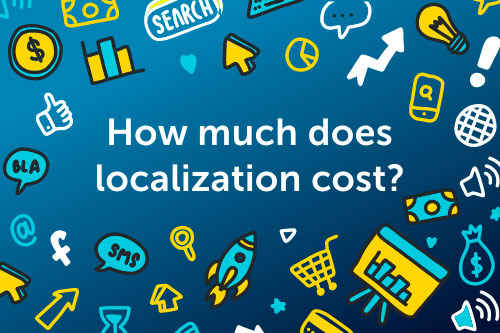 Today, we’ll answer the question we hear most from those developers who are just starting out. How much does localization cost and how long does it take?

Localization means both translating game texts and adapting them for the culture of the country where the game is being released. Why do developers need it? There are three main reasons:

1. To increase the number of players

According to the Keywords report, localization costs worldwide make up less than 1% of the total cost for game development. Naturally, each project has its own nuances. Localizing a visual novel, for example, will be fairly expensive compared to its development, while the cost of translating a VR game may be immaterial.

The localization cost depends on the volume of the in-game text and the number of languages into which it will be translated. Additional costs may also be included in the price, such as localization testing. For example, translation of a small 1,300-word update from English to CJK will cost around $390.

Can I Get a Guesstimate?

What goes into the price for localization? A number of different factors are built into the localization price, though the key driver is the number of words in the original text and the languages they’re being translated into.

So how are localization prices and timeframes determined? One question that we get in all forms is, “How much does X cost?” X can be an entire project, a symbol, a Word or an Excel file, an A4 page, a mobile game or a computer game. Of course, this is not something we can answer off the top of our heads. Pricing and timeframes are always calculated based on the number of words, except in Asian languages, where the costs vary according to the number of characters in the source text. However, it is impossible to give an exact quote without the text itself because localization companies need additional information to:

1. Assess the game’s complexity and artistry.

2. Calculate the number of repetitions. Each localization company has its own policy for repetitions. Some deduct 100% matches from the price or give a considerable discount (up to 90%), while others use a scale system and set rates for each type of match.

3. Evaluate resources. Jobs may take more time to complete during busier periods and contractors are sometimes unavailable over holidays. For instance, February is when Chinese and Vietnamese translators take a break from projects to celebrate the Lunar New Year.

4. Assess the feasibility of working in a particular language pair. For many foreign languages, texts are localized from English. Working in language pairs like Maltese–Icelandic is, to put it mildly, difficult, especially if you need a professional game translator with extensive localization experience. This lowers the chances of finding a specialist several times over. Even if we do find one, he or she will require generous payment for their work.

To help you roughly estimate the game translation price, here are the average rates for the most common languages. Keep in mind, though, that every company sets their own rates.

Note that these are just approximate prices, and rates may vary considerably from company to company.

Usually, localization costs include the translation, revision by a second linguist and automatic error checks. There are companies that require extra to have a project manager work with your game, and not just the translators. Some also set minimum amounts on orders. Furthermore, it’s worth checking the bank commissions on money transfers and clarifying who (either you or the service provider) will cover them.

A Few Words on Timeframes

Localization timeframes vary depending on the volume of text and the number of translators working on the project. If there is a lot of text and time is short, or there is simply so much text that it would take one translator several years to complete the task, then several linguists can contribute. A comfortable pace for a translator is around 2,000 words a day, plus a few days afterward to check the project for errors. However, with more than one translator on a project, you need to allow more time to both review and blend the texts, so that the style is consistent throughout. We can refine about 3,000 words a day.

There’s another step you shouldn’t forget about—testing the localized version of the game. At this stage, the game is checked for technical, graphical and localization bugs (such as out-of-context translations). You may ask, “What kind of localization bugs? You said you have experienced professional translators who have even played the game!” The translators really have played the game (sometimes the project managers set up competitions), but there are many things they won’t see. Their priority is to complete the translation by the given deadline, and they simply don’t have the time to finish the whole game. In some instances, there are passages that don’t make it to translation for whatever reason or there may be sentences encoded within a picture. When this happens, players won’t be able to understand that bit of text.

A problem common when localizing into Asian languages is fonts displaying incorrectly. For those who don’t understand Asian languages, all the characters are equally incomprehensible, but Japanese players will immediately notice fonts that are meant for Chinese, and will not appreciate it at all. Improper carry-overs offend the eye of Asian players. In fact, the App Store and Google Play may even block the game for such oversights. Without a tester who speaks the target language at a native level, it’s impossible to keep track of all these nuances.

You can read more about localization bugs in another one of our articles.

Testing costs are calculated based on the number of hours needed to finish the game as well as the time it takes to fill out a bug report and correct the lockit. Don’t worry about testers getting stuck on a level and wasting your money as they try to complete a difficult quest. Testing scripts and cheat codes let testers skip quickly to the right episode and avoid these situations.

Here is the average price for testing in the most common languages (depending on what’s required for a specific job):

Here you can get a detailed information about localization pricing tiers.

In Lieu of a Conclusion…

The more information you give about your project, the more accurate the quote will be. Send the localization company the game texts or at least the total word count (don’t forget about repetitions!), game descriptions or links to them, and any questions you have. In response, you will get an estimate on the cost and timeframe.

What does game localization look like to project managers? 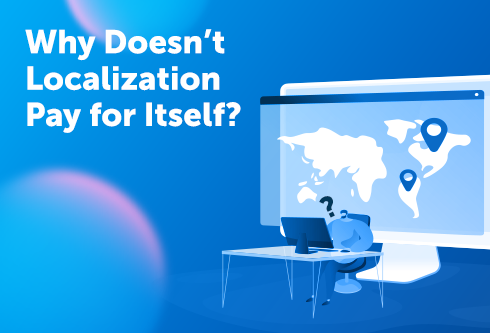