Timeframe: from January 2016 to present.

Day R survival is an online survival game, the events of which unfold in a post-apocalyptic USSR after a nuclear strike. The player must survive in conditions of hunger, thirst, heightened radiation levels, danger of injury or illness, and at constant risk of attack from monsters.

The game localization took place in three stages. At first our team translated the original Russian text into German and Spanish (it had already been translated into English by the developers). After that, tltGames decided to add Italian, Indonesian and Korean to the game, and to edit the English text. The timeframe for this stage of the translation was quite strict, so we were forced to edit the English and translate into other languages in parallel.

To save time, we brought in two teams of translators to work on it for each language. After the translation, the text was refined by one of the linguists. In the third stage of localizing the project, the game was translated into Brazilian Portuguese. All stages involved contractors with extensive experience in translating RPG games.

The game includes many realities of the Soviet period. Often the translators didn’t know what certain parts were, for example the pioneer camp, sanatorium and so on. The game also has a map which shows over a hundred Russian cities—many of them were new to the linguists, and the names of these cities had not been translated into their languages. These names were quite difficult to localize in such a way that they were not too difficult to read and still sounded good.

After the second stage of localization, we got quite a few notes from Korean gamers that had already tried out Day R Survival in English. They pointed out inconsistencies in the translation with the game’s context. In all cases this concerned words whose meanings could be interpreted in different ways, and only linguistic testing could help us determine whether they were translated correctly. All the errors the players reported were fixed immediately.

At the end of our work on the translation, we analyzed player reviews on the App Store and Google Play. To our great surprise, we didn’t find a single negative review regarding the quality of the English localization after the edited text was added to the game. There were also no negative reviews about the Korean localization after it was updated following testing of the players’ reports.

“I personally recommend localization to those who haven’t done it yet. Beginning developers should start by translating the game into English and other European languages (German, French) as well as into Korean, depending on the game. You should pay attention to places that require localization and places that pay the most overall. Localization in these markets is a step toward increasing revenue without marketing. Any developer will be able to expand their audience. I’m completely satisfied with Allcorrect, we’re still working with them. As a result, downloads have almost doubled, and revenue has increased fivefold.”

tltGames is an indie developer from Tolyatti. The company received recognition for creating a realistic and exciting simulator in the Survival genre. 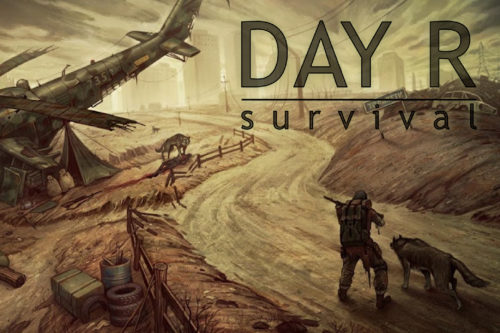