The Panzar project participated in the Igromir (lit. GameWorld) exhibition multiple times. As part of a presentation at Igromir-2012, the final of the first Russia-wide Panzar tournament was held with a prize pool of 1,000,000 rubles. The game has received a number of awards from Russian information portals dedicated to video games.

In 2012, the game’s developer company, Panzar Studio, decided to release their game to new markets, and the localization company they chose was All Correct.

We had two tasks ahead of us: creating a comprehensive localization of the game and providing voiceovers for it. We had to set up an efficient cooperation process with our client in order to optimize our work on the project as much as possible.

Their team of Russian developers took a professional approach not only to creating their game, but also to localizing it. For them, translating it into other languages was an essential part of releasing the game in other countries. They understood perfectly that the success of the game among its users would depend on how captivating and accurate the translation was and how well the voice actors had been chosen; each and every detail, even those that might seem unnoticeable at first glance, is significant. The particulars of intonation and pronunciation, or how the heroes talk to each other and so on — all of it has meaning. For the Panzar development team, this isn’t just a commercial project; it’s an idea whose fans are first and foremost the developers themselves. Case in point: the general director of the company personally drew the game’s graphics.

The main development language is Russian. The game is translated into the main localization language — English — and then into all the other required languages. Our task included the need to preserve the text’s integrity and avoid corrupting it. To complete this task, we prepared a team of translators which worked and continues to work on the project. The same people translate the entire text, including its small updates. As a result, they are familiar with the ins and outs of the game’s text and can quickly react to requests from the client and easily share their experience with each other.

To begin with, we completed the English translation within 1.5 months and then started the French and German localizations in parallel (1.5–2 months). The Polish localization followed. At the same time, we worked on the voiceovers for the English, German, French and Polish versions of the game.

Following this were the localizations into Spanish, Simplified Chinese, and finally, Turkish.

On average, translating the game into a new language and creating voiceovers from the resulting text took roughly two months.

To ensure consistency in the terminology used, one translator translated the texts and then we checked the translation quality with an editor who proposed additional changes where necessary. We discussed those changes with the translator, and if the editor’s proposed changes were superior, we introduced them into the text.

Here are some reviews from our translators:

“Panzar has always been one of my favorite games to translate, since I enjoy epic narratives. One of the challenges in translating Panzar that I think could be easily solved is that it’s difficult to maintain consistency because the texts are not centralized.

It is a fantastic game and it deserves the best localization.”

“I played the game for a while and then stopped playing due to my workload. But I have to say, it’s a really nice and fun game.”

“This project was very interesting as it touched on gaming genres I’m passionate about (Heroic fantasy, online RPG, real-time combat) and the atmospheric writing really inspired me. What mostly drew me in is that the world feels alive and lived in, and many characters have a backstory, which helps immerse the player. As a translator, it’s great to be able to help a universe spring into life, to build a mythos from the ground up and to work on texts that stimulate one’s imagination and creative writing. Moreover the styles were varied, from poetry (which is always a challenge to localize) to more Lovecraftian descriptions to video game centric terminology that all blend together wonderfully to create a powerful whole!

In this type of game, I strongly believe the story and the stylistic approach play a very important role and contribute to making the gameplay even more enjoyable. I’m very happy to have been able to help the French audience discover this title!”

“What I liked about this translation was that the English version was already released. We could refer to the game while translating, which helped us in so many ways :)

I watched the promo movies though, and they are very well done. The voice actor did a great job.”

We worked on and continue to work on this project in very close collaboration with the customer and there were many questions about it. They always try very hard to make even the smallest details as clear as possible. The customer always answers questions very quickly and with patience even in the face of a large number of questions, providing images of items and any other information requested when necessary.

The customer has their own native-speaking personnel who check the quality of our texts. When they have questions about our choice of terminology or other details of the text, we always answer them. For example, our translators explain the reasons for their terminology choices.

In order to ensure a unified approach to the game’s localization into its various different languages, we collaborated with the developers to create a localization specification which included all the main requirements for the translated texts (the translation style, target audience, technical peculiarities of tags, usage of the game’s title in the texts and much more). Our translators regularly update it in accordance with current changes in the rules of the target languages. At the same time, the developers introduce corrections in accordance with changes to the gameplay and game mechanics.

To ensure as high a quality as possible in the voiceovers, we worked with the German recording studio MT Recordings. The game’s developers had very clear ideas with regard to the voices they wanted for the characters in the game’s video clips. Based on these requirements, 5-10 voice actors were engaged for each language.

In order to observe all the requirements of the technical specification, in some cases we had to make some alterations to texts specifically for the video clips with the approval of the client (remove, shorten, rephrase or add something). The recording studio prepared several examples of voiceovers for each clip, each differing in its intonation and inflexion. We delivered the completed voiceovers and agreed on the final voiceover selections with the customer. Sometimes the voiceovers of individual clips or sections of clips were remade in cases where the voice actors chose questionable intonations or spoke too slowly, too quickly, too quietly or too loudly. From time to time we found ourselves in situations wherein the intonation in certain languages was significantly different from what the client had in mind due to the requirements of the languages themselves — for example, in Chinese. When that happened, we called in additional natives of the language for a consultation in which they would listen to the voiceover material and provide their opinion about how natural it sounded for the target audience. They would then explain to the customer why the intonation sounded so unusual to all of us. Finally, we reached an agreement with the client on all their questions.

The game is updated several times a week. The average volume of a single update is between 10 and 1,500 words, which we translate into the same original set of languages.

The source files come in the XLSX spreadsheet format with a column for each language. The texts are loaded into a professional translation program called memoQ. This is a CAT (computer-aided translation) tool with support for translation memory technology. Translators from various countries translate the texts in the system using translation memories and terminology databases which are curated for the project in order to ensure consistency. The file is then exported with the translations of all the required languages and sent to the developers to be integrated into the game.

The project uses the server version of the translation memory program memoQ with extensive terminology bases for each language’s translation.

The entire team has 24/7 access to our server. The translators and editors begin their work on the project as soon as they receive notification from the project manager. This workflow allows us to ensure consistency in translated terminology — the names of items, in-game areas, achievements, functional buttons and much more. It also gives us the ability to use uniform versions of typical phrases throughout all the game’s updates, which gives players a feeling of consistency from the in-game interface.

In the development of large-scale video game products, particular attention is always paid to organizing the business processes involved. Our goal was to release Panzar to the European audience, whose members expect high quality. We reached the goals we set thanks to our close collaboration with All Correct and the efficiency of that company’s managers. We were able to put a process of localization and testing into action and we received translations completed in time and at a high quality.

Panzar Studio is a Russian video game developer and the creator of an advanced and pioneering multiplayer project called Panzar: Forged by Chaos. 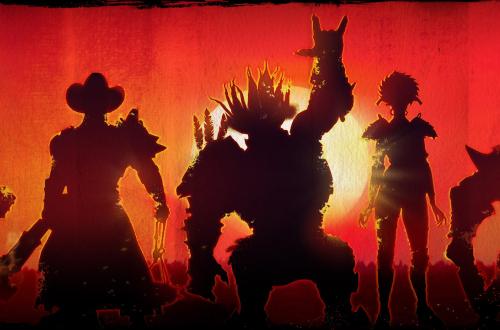