Happy Geneticist is a fun free-to-play mobile game in which you combine animals to create hilarious new creatures. Gameplay is accompanied by humorous songs and short poems, as well as interesting facts about the animal world. The game is the brainchild of Russian writer Igor Shevchuk, co-writer of the show “Kikoriki” and the writer of several episodes of the animated series “Fixiki.”

We can confidently say that this was one of the most creative and challenging projects of 2016. Our team had to strike the right balance between keeping their translation of the poems that serve as the foundation of the game close to the original and adapting them culturally and stylistically. This objective turned out to be very engrossing. All of our editors participated in this project and actively discussed versions of various rhymes and methods for adapting and transmitting the humor in each poem.

In order to make sure the translation matched the client’s wishes as much as possible, we offered several versions. We also made an interlinear translation that allowed the client to confirm that the meaning of the poems and the author’s concept were preserved. Happy Geneticist doubtlessly now occupies a worthy place among localization projects for children’s games.

KB Production was founded in 2004 and develops games and software. Today the company has created sixteen games and applications, ten of which were released under the KB Production brand and three of which are still being launched on the VK social network. 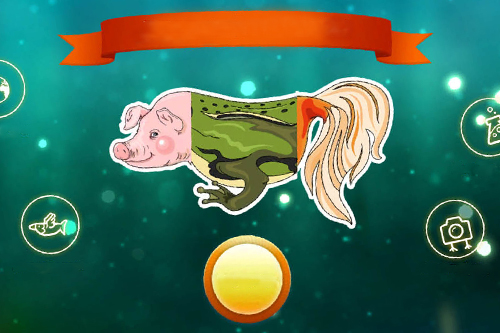