The JoyBits company used to be known as a developer of mobile games for the J2ME platform. After the iOS and Android mobile operating systems were released, JoyBits decided to redirect its efforts toward these new platforms, in no small part because they provided access to players in other countries. In 2012, the company undertook the task of localizing their games into foreign languages. The contractor they chose for this was All Correct.

Doodle God is an upbeat and entertaining puzzle game in which you can play god with all four elements at your disposal: Fire, Earth, Water and Air. Combine them to get new elements and build an entire civilization.

Initially, our task was to completely localize the game. We had to set up a process of collaboration with the client in order to optimize our work on the project as much as possible. After the game’s main text was localized, our task then became to provide support for the game’s localized versions and translate its updates and additional marketing materials.

The main development language was Russian.
The game was then translated into the main localization language — English — and then into all the other required languages.

The game presents the player with elements that the player then has to combine to create new elements. The creation of a new element is accompanied by an amusing joke or a wise proverb of unknown origin, intended to illustrate the element (the element’s title is mentioned in the quote, or the quote describes it indirectly).

Our first task from the developers was to localize a significant volume of the game’s text from Russian into English, and then into another 11 languages. These were mainly texts related to the game’s mechanics. The next stage of the project forced us to put on our thinking caps. We had to localize the list of elements and the quotes illustrating each element into the target languages. As was mentioned above, when the player creates a new element, a joke or proverb of unknown origin appears along with it. It wasn’t enough to simply translate them—we had to adapt them to the cultural background of each target language. Sometimes our translators had to completely swap the jokes or proverbs with localized variations that were understandable and recognizable to the target audience in their own country. The entire process was carried out in close collaboration with the customer. Everyone understood that our main goal was to convey the same humor and wisdom that the developers put into the game’s original language.

The game is updated several times per week, and these updates represent two types of tasks:

The average volume of a single update is 150-200 words for translation.

Updates totalling fewer than 500 words are delivered to the customer on the same day as they are received.

Updates of over 500 words are delivered the following day.

For localization, we use the memoQ translation memory server. In it, we have built up an extensive translation database and term base for each language.

The entire team has 24/7 access to our server. Our translators and editors begin their work on the project as soon as they receive notification from the project manager. This workflow allows us to ensure consistency in translated terminology — the names of items, in-game areas, achievements, functional buttons and much more. It also gives us the ability to use uniform versions of typical phrases throughout all the game’s updates, which gives players a feeling of consistency.

JoyBits is one of the leading Russian developers and publishers of games for mobile platforms and social networks. The company was founded in 2002.

Since 2002, it has released over 40 games and applications for the J2ME platform, including Silent Storm Mobile, DMB and Disciples Mobile.

Since 2007, JoyBits has been releasing casual games for the PC and Mac. The company is currently working on sequels of the Cassandra’s Journey series, Bigfoot: Chasing Shadows, Munchausen and other projects.

In 2010, the iOS version of Doodle God spent several months in the top 10 most sold games on the App Store. Following Doodle God’s success, Doodle Devil and Doodle Farm were also developed. Now JoyBits specializes in the mobile and social games market, successfully adapting existing hit games and working on new ones. 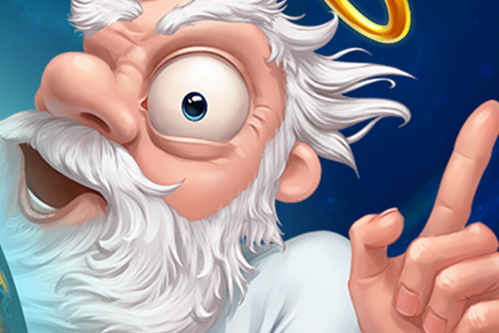