Star Control: Origins is an immersive game about interstellar adventures.  The game is a successor to the original series, set in a new universe. The player assumes captainship of a spaceship and gets to explore a multitude of mysterious planets and meet the other inhabitants of the Galaxy—some of which are cute and funny, while others aim to wipe out the humanity from this world.

Every game has its own distinctive features that depend on a range of factors, but it is the genre and overall theme that affect the translation process the most. Star Control: Origins is a space odyssey taking place in our Galaxy. The text of the game abounds with the names of ships and their parts, alien races, stars and planets, real and fictional alike. It also contains plenty of punny and comical dialogues—a feature of the whole franchise. Taking all these specifics into consideration, we went on to recruit linguists who were well versed in vehicles and machinery, took interest in space science, and generally possessed a great sense of humor.

After the team was assembled and localization specification confirmed with the client, we started working on the glossary, which contained the names of characters, races, ships, space objects, etc. At the same time, we also translated the marketing texts for the Steam release.

The task that followed presented a much greater challenge to us, as we had to localize a voice-over script for one of the characters—the commander of the Earth fleet. The client provided us with all the necessary audio files and dialog texts. The goal was to keep the translation text close in length to the source text, and after that was done, our team began looking for an actor who would then voice those lines.

Next we were tasked with translating the remaining texts, which included a huge portion of dialogues, ship logs, names of vessels and their parts, in-game encyclopedia entries, names of space objects, etc. The dialogues were particularly interesting, as each race had its own speaking style. Some learned the language from romantic novels, some communicated with random sets of words, and others were possessed by an artificial intelligence and referred to themselves in plural. Moreover, the speaking styles differed not only stylistically but graphically too. For example, the Pinthi dialect didn’t use capital letters. The Xraki speech was the most curious in that regard, as their lines could start either with a capital or lowercase letter, had no punctuation besides periods and exclamation marks, and used slashes to express homogeneous terms. When translating the game texts, we elected to preserve these graphical idiosyncrasies, which served to emphasize the characters’ personality, in the Xraki case—their madness. There was also occasional confusion regarding the order of the dialogue lines, but luckily, the client was always happy to respond to our questions and that made work on the project a whole deal easier.

Localizing Star Control: Origins proved to be as challenging as it was engrossing—throughout the entire project, we were extremely excited to follow the development of the plot, got a good chuckle out of the specific and unique humor, and solved mysteries together with the main character. We are glad that we could provide players from every corner of the globe with an opportunity to immerse themselves in the wondrous world of Star Control—some will discover it for the first time, while longtime fans of the series will get to embark on a heartwarmingly fun nostalgic adventure.

Stardock is a developer and publisher of PC games and desktop software founded in 1991 by nationally recognized technology expert Brad Wardell. Located in Plymouth, Michigan, Stardock is a powerful leader in the video gaming and software development world.  Its PC games include Sins of a Solar Empire, the critically acclaimed Galactic Civilizations series, and Ashes of the Singularity: Escalation.

Allcorrect is an ROI-based localization company. Our approach is based on finding profitable markets for developers and publishers and adapting games for target audiences by taking particular cultural aspects into account.

Our goal is to make your games popular and your players happy.

We have completed more than 400 localization, testing, and voice-over projects for both large companies and indie developers. We would love to work with you too! 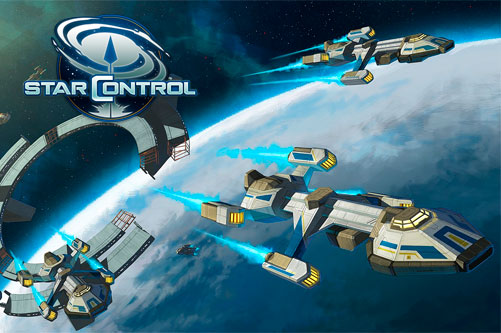