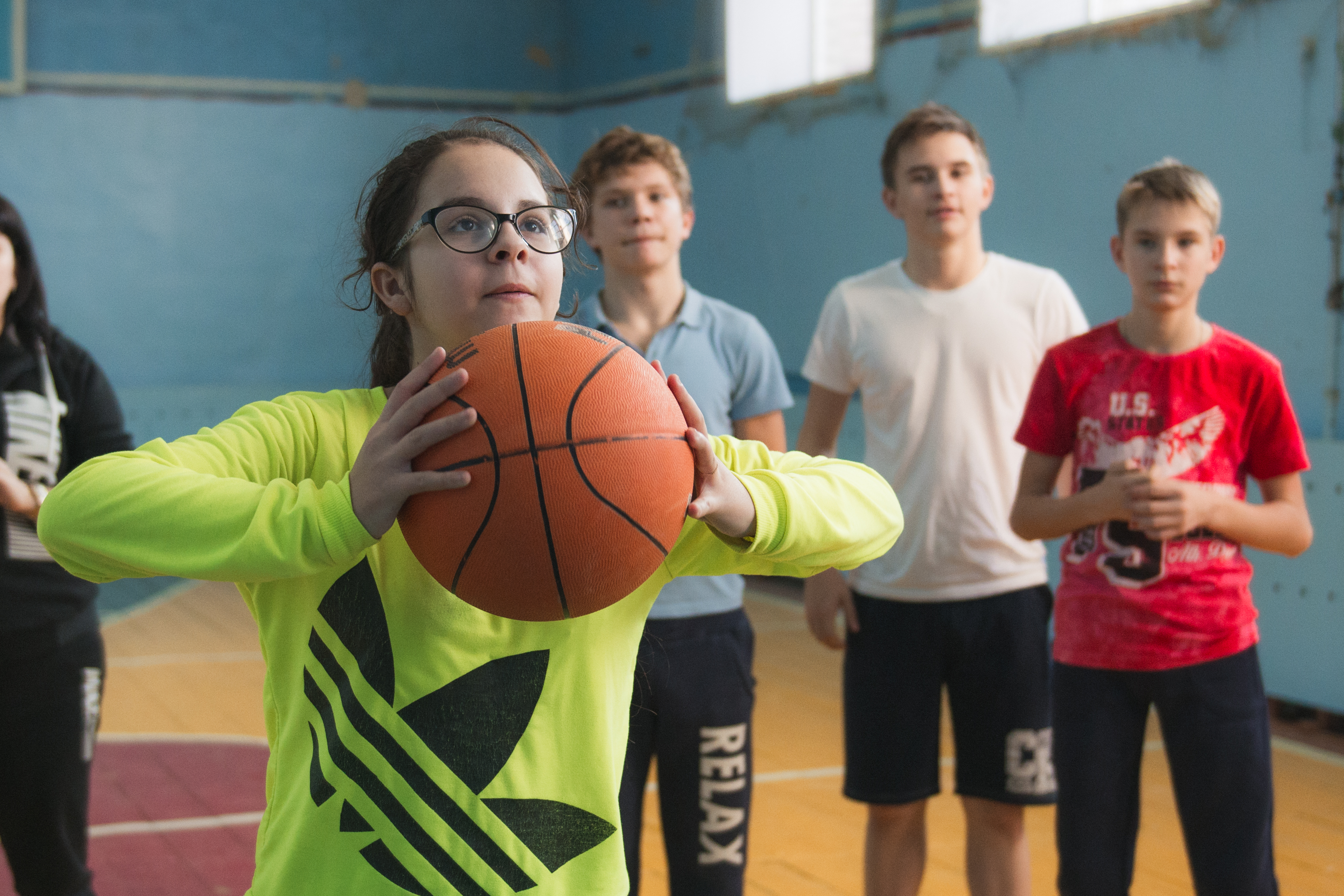 In August 2016 a group of volunteers named Children Are Our Future purchased sports equipment for No. 51 municipal school in Rubezhny. The school hadn’t seen any work done in over 30 years, and its remote location makes it difficult to find help. Its 189 students, who live within the town and also in the neighboring villages, have a hard time even traveling the often-long distance to the school given irregular bus schedules.

The children of the town didn’t have enough equipment: soccer balls, basketballs, volleyball nets, exercise bars, jump ropes, tennis rackets. That was not enough to keep them down, however, as the students formed a soccer team that competed in amateur city tournaments and even took first place in 2015.

Denis Khamin, CMO, thought back to when Allcorrect was first made aware of the situation. “Three people from the Children Are Our Future volunteer group showed up to talk about how they were looking for organizations interested in a charity project. That was in the second half of 2016, a time of year when major companies already have their budgets set. With that in mind, they were going around to smaller organizations.”

We decided to help the kids, impressed by their indomitable enthusiasm for sports, to make sure they could train, exercise, and stay healthy. Allcorrect donated money used to repair the school and purchase the sports equipment. The company also helped pay for repairs to the Teremok preschool cafeteria in Avgustovka, a village in Bolshechernigovsky Rayon, Samara Oblast.

Ilya Lisenko, one of the project volunteers, had this to say: “We contacted quite a few companies, and Allcorrect is one of the very few who responded, something we are incredibly grateful for. They played a huge role in the repairs we did on the preschool in Avgustovka.”

It’s also worth mentioning that Allcorrect employees are also involved in charity work directly. Every summer they purchase office supplies for orphans, graduates of children’s homes, and families in need.

Join us at Russian Gaming Week

We invite you to attend DevGAMM in Moscow

Meet us at PAX East!

See you at White Nights Berlin

See you at Games Gathering!