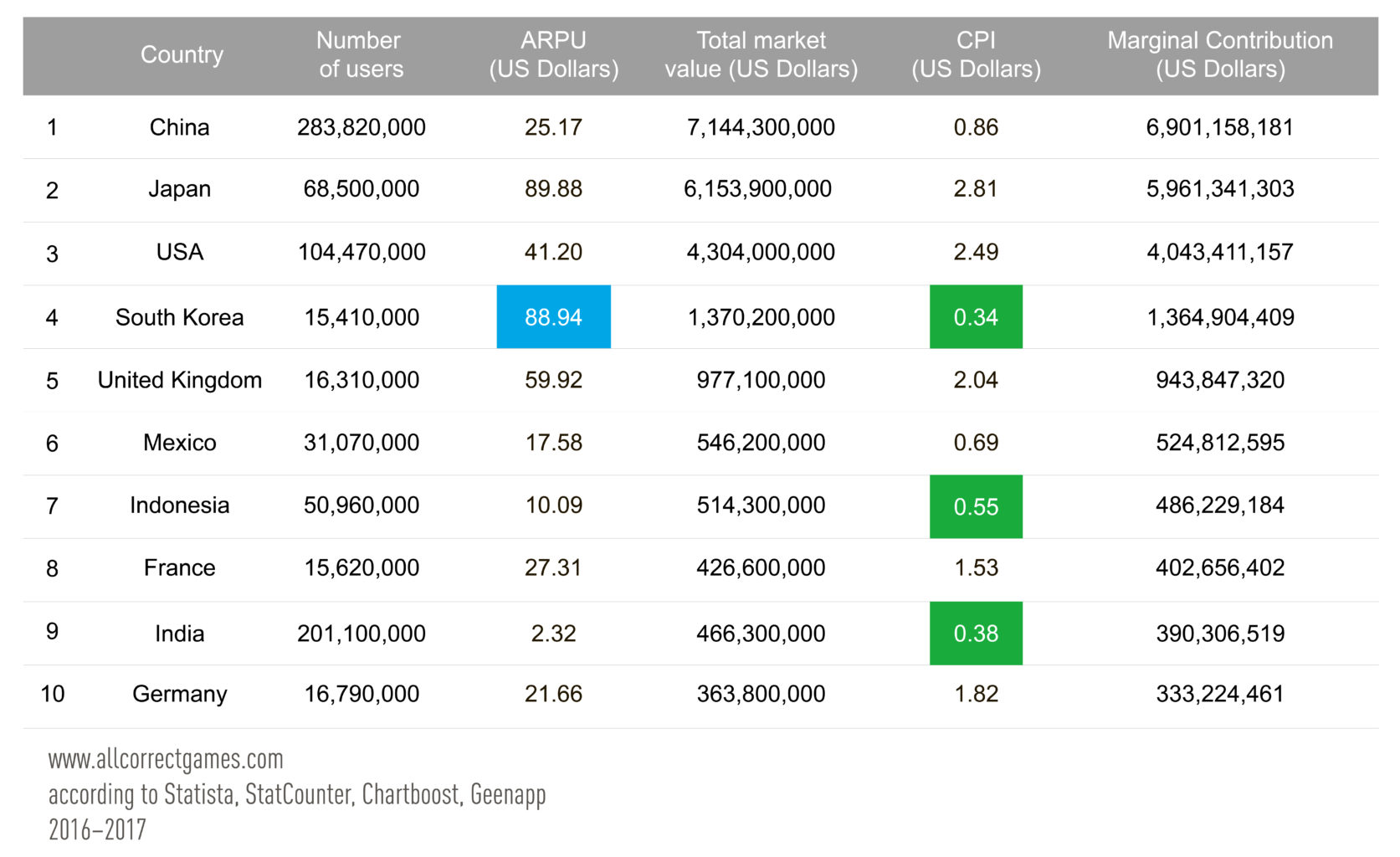 Ten countries generate 50-80% of the mobile games market’s revenue. To enter these markets requires localization into 15 languages. In addition, it is necessary to account for differences between American and British English, as well as the fact that there are two forms of written Chinese. 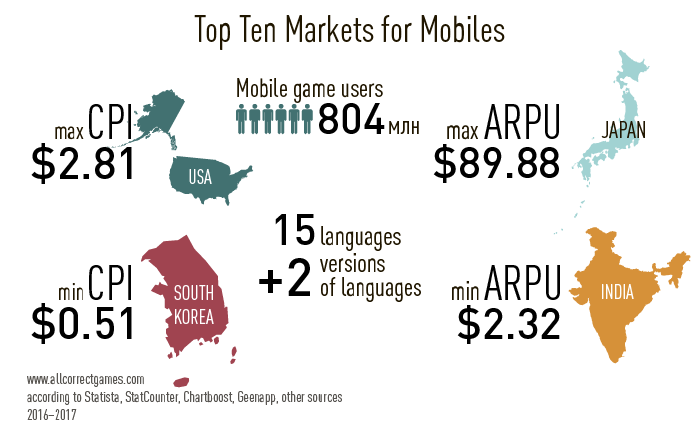 The commonly used acronym for the main localization languages is EFIGS + CJK. This stands for English, French, Italian, German, Spanish, Chinese, Japanese, and Korean. However, it seems as if it is now time to rethink this traditional list.

Localizing mobile games into the languages spoken in the top ten countries by revenue allows you to access other markets as well; for example, Mexican Spanish is spoken by a percentage of US residents, and Bengali is the official language of Bangladesh. The target countries and languages for localization are listed below:

Mark Twain wrote that there are “lies, damned lies, and statistics.” We hope that our alternative round-up of the attractiveness of mobile markets will allow mobile games developers to get a better handle on the sector and earn more money.