Localizing Applications for Kids. What Should You Consider? 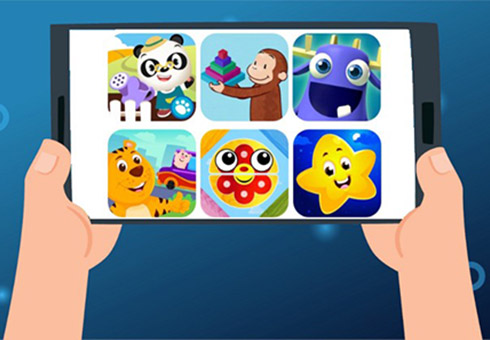 Before translating children’s app into another language, there are many factors developer should consider. All the challenges that can arise can be divided into two groups: quality problems and culturalization problems.

The main feature of most projects for children is that they teach as well as entertain. This applies to educational apps, entertainment apps, and games. It also means that the quality bar for translating kids’ apps is always going to be higher than for localizing many “adult” products. Add in the special nature of the reception of content by children, and you’ll realize that the localizer of this kind of app has their work cut out for them.

In addition, the requirements of the text will greatly depend on the child’s age. For example, from the perspective of educators and psychologists, a text for preschoolers should meet the following criteria:

Sentences should be simple. Don’t overload them with participial phrases or dependent clauses, and don’t leave any room for ambiguity.

The vocabulary should also be comprehensible and unambiguous.

You’ll want to avoid idioms and phrases with figurative meanings unless you’re planning to explain them — kids often take these kinds of things literally.

Use as little slang and as few foreign words as possible.

You also don’t want there to be too many words with negative connotations. It’s essential to consider the emotional coloration of the text.

And, in addition, you shouldn’t overload the text with details. As a rule, this condition can be fulfilled using a well-thought-out system of hints and precise navigation — it’s usually better to show a child something that you would normally explain to an adult.

In addition to direct functionality, one of the goals of a children’s app is usually to facilitate the child’s socialization, and this needs to happen within the culture of their home country. So there are probably going to be a lot of things you have to localize. Unfortunately, some of these changes may affect graphics, or sometimes even the concept behind the entire app, so you’re best off considering these factors during the development phase. There are quite lot of these little things, and they aren’t always obvious. Let’s take a closer look at some of them.

Animals and the sounds they make

As well as animation, audio accompaniment is an important component of most children’s apps, since a static, silent image is hardly going to appeal to youngsters. If there are animal noises in your app, don’t forget that you’ll need to translate them too. For example, pigs say “oink oink” in English, but in Russian they say “khryoo khryoo.” But if your app is going to be released in a predominantly Muslim country, you should probably just replace the pig in this version with a different animal that won’t be seen as “dirty.”

Needless to say, different animals are popular in different countries. For example, porcupines are frequently encountered in American children’s books and cartoons, but Russian kids are more familiar with hedgehogs. When releasing an app in China we recommend varying your animal roster by adding a panda — you can’t introduce Chinese children to the animal kingdom without a panda, after all.

Unless the food in your app is serving an educational function or its presence isn’t explained in any way, you’ll want it to be familiar to a child in the target country. Remember that tastes in food vary from country to country, as do aversions to certain foods. For example, in the popular animated film “Inside Out,” there’s a scene where the main character refuses to eat broccoli. In the Japanese version, the creators had to replace this vegetable with green peppers because they’re the food Japanese kids don’t like to eat.

By the way, if you find yourself with a similar dilemma, you can try getting by without redrawing the art. Does the original version of your app have pâté in it? Just call it hummus in the Hebrew version — the two foods probably look very similar, and they’re eaten in more or less the same way.

You need to be particularly careful with guns in children’s apps. Especially in America, where this topic is linked to multiple famous school shootings. We also recommend making sure your characters follow safety rules — children often ride bikes and roller skates without helmets or pads in Russian cartoons, but this won’t fly in the US.

Take, for example, the recent situation involving a “Peppa Pig” episode about spiders. In this Daddy Pig explains how harmless spiders are (“Spiders are very, very small. They can’t hurt you”), but, at least in Australia, this statement can hardly be considered true, so it was clearly unwise to tell Australian kids that spiders are harmless. The episode had to be removed from circulation entirely.

Interestingly, German children’s games sometimes have beer in them, but in many countries, this could be seen as promoting alcoholism and cause the game to be banned. If your game has any tobacco or alcohol in it at all, you’ll want to give this point serious consideration.

Songs, poems, and other works

If your game has any kind of division into blue and pink, in the US and many European countries this could be seen as a reference to gender inequality. There are plenty of nuances associated with skin color — for example, in Russia, it’s common to depict people as white by default, but in America, this will be seen as another reference to inequality, this time based on race. If there are people of African ancestry in your game, their appearance shouldn’t contain anything that could be seen as a reference to segregation or slavery. In other words, there’s a lot to think about here.

And, finally, a couple of boring, but relevant points:

Make sure the laws of the country into whose language you’re localizing your product don’t prohibit its content.

If you’re localizing your app into Arabic or Hebrew and there are reading-based elements in the game, don’t forget that these languages are written right to left.

Don’t skimp on voice-over — high-quality audio and pronunciation are very important to a child’s ability to receive information.

Different countries have different classifications for restrictions on content by age. You’ll want to pay attention to this as well.

As you can see, there are plenty of challenges here, but carefully working out these factors can significantly increase the loyalty of your users, as well as your revenue. 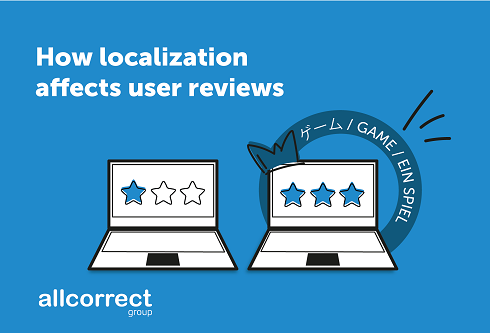 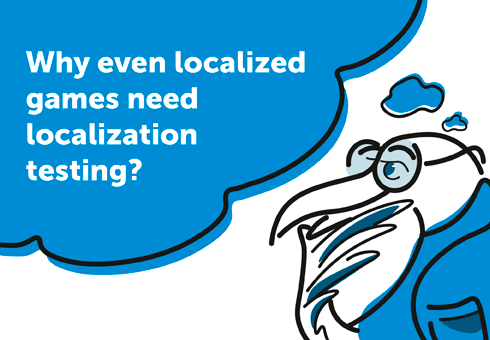