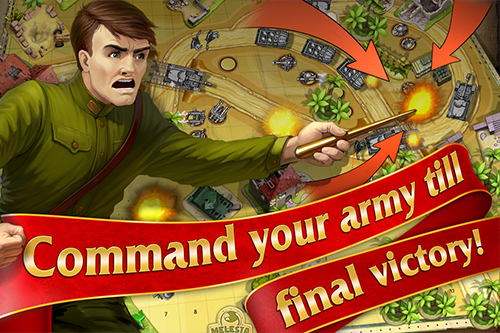 Toy Defense from Melesta is a strategy game in the tower defense genre. The plot is based on the First and Second world wars in addition to medieval and space wars. The player’s goal is to defend their base against numerous enemy attacks by building and upgrading towers. Players can unite into a team or play against each other. The game includes a number of varied locations and players can choose between multiple types of historically accurate weaponry.

The game’s texts were first translated from Russian into English, then from English into the other target languages. Our team’s task not only included localizing the game’s main text, but also efficiently translating all its subsequent updates. While working on this project, our editor had to use specialized dictionaries to correctly translate weapon names. And of course, we had to apply plenty of creativity while working with this game’s texts.

Melesta Games is a leading casual game company with millions of gamers from over 60 countries around the world! For the last 5 years Melesta Games collected portfolio with over 30 marvelous projects, developed for various platforms: PC, iOS, Android, Mac, MMO, social, Windows Phone, console and other.