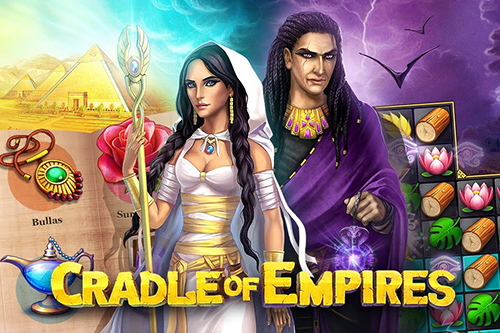 Cradle of Empires is a cross-platform match-3 game with city-building strategy elements, distinguishing it from most other games in the genre. Players must set up production, construct buildings, and care for the health and well-being of their citizens. Cradle of Empires also offers players a large number of quests and puzzles.

First, our team translated the game text from Russian into English, after which the materials were localized into into the other languages. Given the two-stage localization process, the project manager set delivery deadlines that accommodated cross-checking and proofreading. We also had the project’s budget approved in two stages: when translating the text from Russian into English and when translating into the other languages. This was necessary because the English translation word count was approximately 20% higher than the Russian source.

Awem is a well-known mobile games developer in the match-3 genre. The company is located in Mogilev, Belarus. Awem currently has a team of 80 developers and it is always happy to welcome talented professionals into its ranks to continue work on existing projects and to create new, unique games. www.awem.by